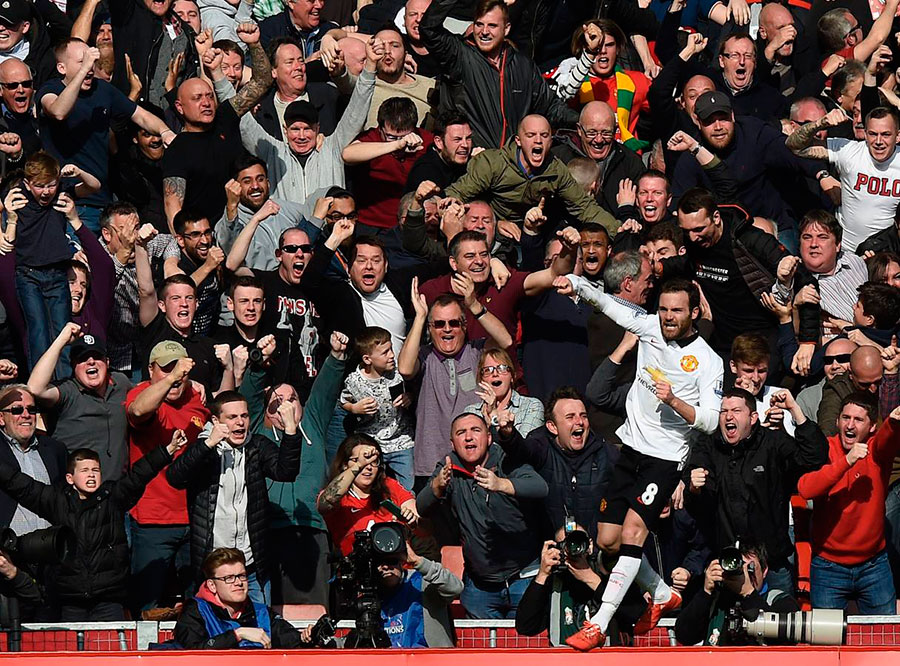 This is one of those days when there is no need for words. As you know, it’s been more than two years since I write this weekly blog and I enjoy it a lot, but sometimes I find it difficult to choose the right sentences to express how I feel. Well, this is one of those times.

But I can tell you that this Sunday has been one of the happiest days of my career. When you start playing football as a kid on muddy pitches, for something so simple and wonderful as having fun, you dream about becoming a footballer one day to be in a game like the one in Anfield. I mean one of those thrilling games between two great teams and with millions of people watching from so many countries. Manchester United and Liverpool have one of the biggest sports rivalries, and this is the biggest game in English football. I had been told that many times in the past and I have experienced that myself too.

Besides, the game was also important because both teams were close on the table, fighting for a place in the Champions League next season.

After a great performance against Tottenham a week ago we knew we had to confirm those good feelings in such a tough place as Anfield, and we did it. In particular, I think we performed at a very high level in the first half, and it’s true that we played better against 11 than 10. Football has these things…

Obviously I’m very happy for the team’s effort and performance, for such an important victory and for my goals. It has been an unforgettable day for me. As I have said several times before, I am the same player I have always been, with the same passion, the same abilities and the same hunger to get better. Hard work brings a reward, and that has been the case this Sunday.

Beating Liverpool at Anfield, being lucky to score two nice goals and feeling your gratitude is something I will never forget. But we must be cautious: these are just three points in the race to our goal.

Many of you are asking me about the second goal and the truth is I don’t know very well how to explain it. It’s something you just don’t think… It’s more a resource you use when you understand it’s better to shoot the ball as it comes rather than trying to control it and keep the play. Angel’s pass invited to do so. It’s one of the best goals of my career for sure, among other things because it happened in such a massive game. And it helped us win.

I’ve been talking about the game and I forgot to mention that it was the end of a nice week, when some of my friends celebrated their birthdays (Marcos Rojo, Fernando Torres and Alberto Bueno, all on the same day, the 20th). The feelings in the training sessions are good and there is also a bit of sun, which is always nice. It’s a pity there is a break now because we are in a good moment.

Lastly, regarding the other big game in la Liga, Barcelona won ‘el Clásico’ against a good Real Madrid. In some stages of the match the visitors were better and very solid, but things changed after Luis Suarez’s goal. I want to say that it’s a pleasure to watch Benzema; there are not many players with such talent and plasticity.

And now let me sign off before you get too bored. I thank you, as always, and I share this big joy with all of you after this Sunday that I will never forget.

Have a great week. Hugs!