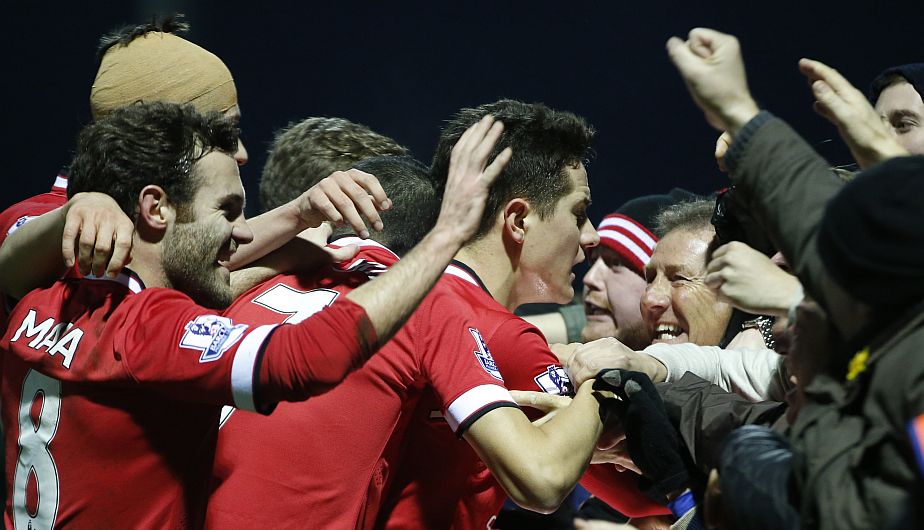 A very exciting year kicks off

The New Year started the same way it ended: with more football! We’ve played a lot of games in just a few days, but it’s worth it. The atmosphere during this couple of weeks is really nice. We started 2015 with a Premier League game at Stoke City. It’s always a tricky one, not only because of the opponent but also because it gets very windy in that stadium. We conceded a goal very early into the game, in a corner kick, and we had to fight back to tie the score. Radamel showed his outstanding instinct as a striker. He is spectacular inside the box. But despite his goal we couldn’t win, and it’s been several consecutive draws away from home now… We need a win in our next visit.

Like the one in the FA Cup at Yeovil Town, for instance. It was a genuine Cup game, when you have to visit a team of a different category and find a stadium full of people and a very motivated opponent in front of you. It wasn’t easy, but we finally made it to the next round with two superb goals from Ander and Di María. Let’s see who are we playing next… This competition is really exciting. My last FA Cup had been 20 months ago and I want to win this title again! This was my first trophy in England and I’m very fond of it. Playing the semis and the final in Wembley is something amazing. I hope I can do it again because I love this competition.

Now we take a short break to prepare the game against Southampton the next weekend. They are one of the surprise teams of the season, no doubt, but we have to beat them in order to make good profit of the last few draws. We’ve been unbeaten in the last 11 games and that gives a lot of confidence to the team, although we know there are things to improve. We will keep fighting and trying to approach the two teams ahead of us.

Due to the FA Cup match I wasn’t able to watch the games in la Liga. Valencia’s victory against Real Madrid has made a big impact, which is normal due to the great shape of Ancelotti’s team. I can see that my friends in Valencia are really excited this year, and I’m very happy for them! Now the race for the title is more open, with four teams in just five points.

Barça had the chance to overtake Real Madrid, but Anoeta is not an easy place to win. In fact, Real Sociedad has beaten the top three teams this season. Barcelona tried hard to tie the game after an early goal from the home team, but they couldn’t make it and lost again in San Sebastián.

Atlético won on Saturday, although the biggest news for them has been the signing of Fernando Torres. I’m very happy for him. He was always talking about coming back one day and he is enjoying this moment a lot. He deserves it. His unveiling at Atlético was amazing. I hope he enjoys it and scores many goals at ‘his home’.

Lastly, one wish. As I already told you here, the Spanish tradition is that The Three Wise Men visit our homes in the night between the 5th and the 6th of January and they bring presents for everybody. No matter where you are from, I hope they bring you many things and may all your wishes come true in 2015, a year that I feel is going to be very exciting. And that will mean you have been good 😉

And in particular, as I said last week, I hope they bring many presents to the people in need…