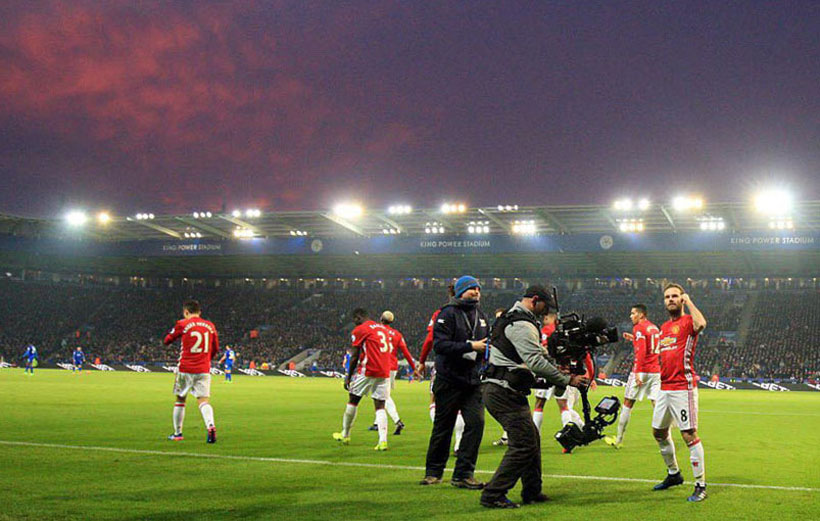 Always in our memories

First of all, I’d like to remind you that this Monday, 6th of February, is a special date for this club and the history of football. It marks the 59th anniversary of the Munich Air Disaster, which claimed the lives of 23 members of the Manchester United expedition on their way back after a European Cup game. This is always a very emotional day, a date to remember and to honour all of them, and also those who strove to respect and praise that legacy. This is one of the reasons that makes this club so special. There’s no day that you don’t remember that 6th of February when walking by Old Trafford. It’s always in our memories.

Talking now about the present, obviously it’s been a good weekend for us. The win in Leicester allows us to look into the future with optimism. The 0-3 this Sunday confirms many positive things that the team has been doing, and it also improves our efficiency inside the opponent’s box. Besides, we scored the three goals in critical moments of the game, and moved close to the victory soon after the break. Obviously, after the draw against Hull last Wednesday we were looking forward to adding the three points. That was a frustrating game, it left us with a bad taste and hungry to play again as soon as possible. Luckily, we were able to use that energy in a positive way to beat the defending champions. It was a very complete game from the whole team. This weekend we have taken the opportunity to reduce the gap with some of our main rivals, and we will try to maintain the same mentality to keep moving up the table.

This week is going to be a bit more quiet than usual, since we only have one game. We were used to a very busy schedule, so having the entire week to prepare a game is going to be different. In this case we will be facing Watford; they are in good moment, but we play in Old Trafford and we are aware of the importance of getting the three points again. The Premier League is a tough competition and you need to be consistent.

In Spain, the game between Celta and Real Madrid had to be postponed due to the storm, so Barcelona, Sevilla and Atletico moved a bit closer to the leaders. I keep thinking that we will have to wait until the last few weeks to know the champions, and I’m happy to see so many teams fighting for the title, that’s good for Spanish football!

Also, I’d like to congratulate Cameroon for winning the Africa Cup of Nations, and to emphasize Spain’s comeback in the Davis Cup in Croatia, with Pablo Carreño, my fellow countryman from Asturias, winning the fifth game.

I’m signing off now. Have a nice week, and thank you for all your congratulations after my goal!

PS: I guess many of you were tempted to go to bed at the Super Bowl halftime, same as me… I’m very happy I didn’t do it… What a final! What an amazing comeback from the Patriots and his leader, the legend Tom Brady, an example of mental strength and positivity against the adversity in the most important game of the year… It’s been admirable and historic!