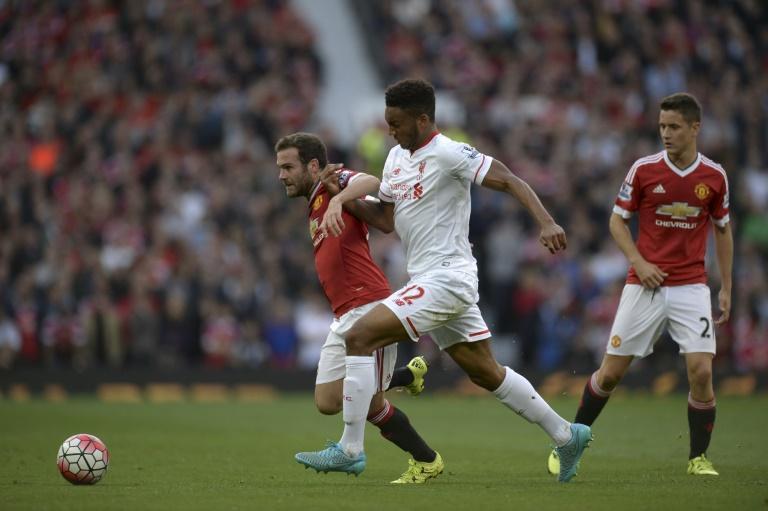 Today I’m writing at the end of a nice, relaxed Sunday in what has been a very positive week. As you know, a win against Liverpool is always special… It was a good game, we tried to take the initiative since the beginning and, although we didn’t create good chances in the first 45 minutes, we played almost all the time on Liverpool’s half of the pitch. Soon after the break we were able to score and from that moment we increased the pace to get the three points. The first goal came after a set piece move. In this kind of games, it can make the difference. That’s why we work on those plays during the week. This time it went well and Daley’s great goal unblocked the game. The explosion in Old Trafford was something very special, not easy to describe with words… We were then closer to get the three points and, despite Benteke’s amazing goal, Ander and Martial scored for us to seal the victory. It was a very important date in our calendar and I’m very pleased that our fans went home feeling happy.

Overall, it was an important win for many reasons: we were able to overcome Rooney’s absence, our new team-mate Martial scored his first goal, De Gea received a warm ovation from the fans… I think it was one of those perfect days, and I hope we can enjoy many more in Old Trafford this season. I’m very happy for Anthony, it’s a dream debut and I’m sure this is going to be the first goal of many…

As I said at the beginning, it was a good week because the Spanish national team got three important points to be in the Eurocup in France. We are just one step away after our victory in Skopje. I was lucky, literally, to score in Macedonia, but the most positive think is that I felt very well on the pitch with team-mates I hadn’t played with for more than a year. For me, playing with Spain is always a joy and that feeling hasn’t changed. I’m very happy to be back, and for the goal and the victory.

Talking about Spain, this week I have kept an eye on two sports that are very popular in my country. In cycling, the Vuelta a España has been spectacular, with the name of the winner uncertain during the three weeks it lasted. At the end, it was the Italian Fabio Aru. Also, I wish good luck to the Spanish team in the Eurobasket. Pau Gasol and company showed against Poland what they are capable of. I hope they have a good game in the quarterfinals, although they will be facing Greece, one of the best teams in the tournament.

This Monday we travel to the Netherlands, with the Champions League group stage kicking off on Tuesday. In the club, we’re all very excited about this competition, and we know how important a positive start would be. PSV is a historic team in European football, although they haven’t participated in the group stage in the last few years. I remember watching Cocu, the manager, when he was a player. He’s doing a good job: they haven’t been defeated so far this season. It’s going to be a very special game for Memphis, it reminds me of my visit to Valencia with Chelsea a few months after my arrival in England…

In la Liga, same as the PSV, Barcelona haven’t lost yet. Actually, they have won every game to date. Beating Atlético in the Calderón confirms that certain players, like Messi, are just on a different level. They can change a game, no matter how tough it is. And another extraordinary player is Cristiano Ronaldo. He made history scoring five against Espanyol. And they said he was going through a goal drought…

Back to the Premier League, Southampton, with my friend Oriol Romeu, awaits us, but that will be the next weekend. I hope to have more good news to talk about in seven days, because writing in days like these is great! Have a nice week.

PS: Thank you once again for your comments and subscriptions to my YouTube channel. I’ll try to surprise you with another new video in a few days 😉