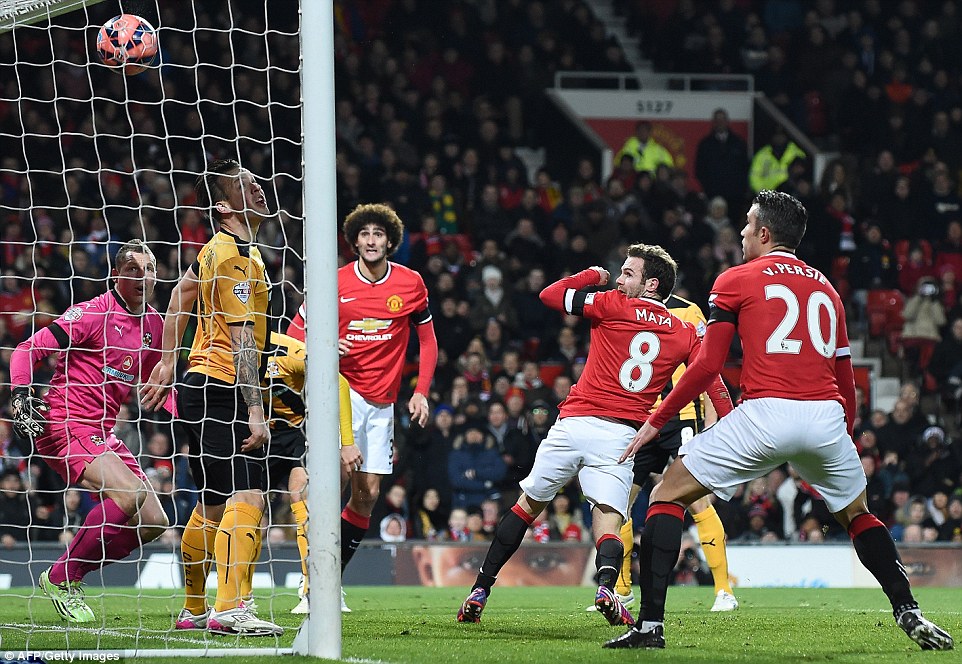 I’m just back home after the match in London, to close yet another week with two games. We did better in the FA Cup than in the Premier League, nevertheless we were able to rescue one point thanks to Daley’s good volley at the end. We saw all the good work that West Ham is doing this season, and they were a threat to David several times. They are always tough to beat at home, and their position on the table is well deserved.

Against Cambridge in Old Trafford we were able to win, so we are through to play Preston in the next round. But that is Monday next week. Before that we play at home against Burnley and we must win this one because the race for the Champions League spots is now very close. We have to get the three points at home, we know that, and that’s what we are working for. I’m sure we will make it with our people’s help.

That’s exactly what happened against Cambridge. Playing the ‘replay’ in Old Trafford is always special to us because we do feel the extraordinary support of the United fans. We know every game is special, and in this occasion the victory was for all the supporters who were facing the cold to be with us. It was a great night because I had the chance to score one of the goals, and also because, as I always say, I like very much the FA Cup.

In Spain, I was really surprised by the 4-0 win of Atlético against Real Madrid on Saturday. I don’t remember such a defeat for Real Madrid to be honest, but of course we have to give credit to the winners, because they were the better team throughout the entire game. However, let’s not forget that Ancelotti’s team still leads the table, although everything is closer now following Barcelona’s victory in a very entertaining game in San Mamés. It seems Barça is finding a way to maximise the potential of an outstanding attacking power. Messi participated in every goal and there is perfect understanding between him, Neymar and Suárez. There are no teams who wouldn’t be in trouble against them.

Valencia did good too and proved to be one of the big teams to beat this season. They defeated Espanyol, a good side with a player that had, again, a good performance: Sergio García. Being back to the Champions League would be a great reward for my former team and something that both the club and the fans deserve.

I want to congratulate Côte d’Ivoire for winning the Africa Cup of Nations, a tournament that leaves, as usual, amazing goals and very interesting players to follow. The penalties shootout seemed never-ending and thrilling, with the goalkeeper Barry as the hero at the end of it. My encouragement to Ghana, it’s not easy to lose this way after the good Cup they did, but football always gives you a chance to get your revenge and they will have it eventually.

Thank you once again for all your messages. We will keep fighting to get better and try to win every game. Have a nice week!

PS: I want to take this opportunity to wish the best of luck to Darren Fletcher in his new adventure. He is a great footballer and also an exceptional team-mate, and he will always be remembered as a Manchester United legend. Meeting you here was fantastic, thank you so much for everything, Fletch!