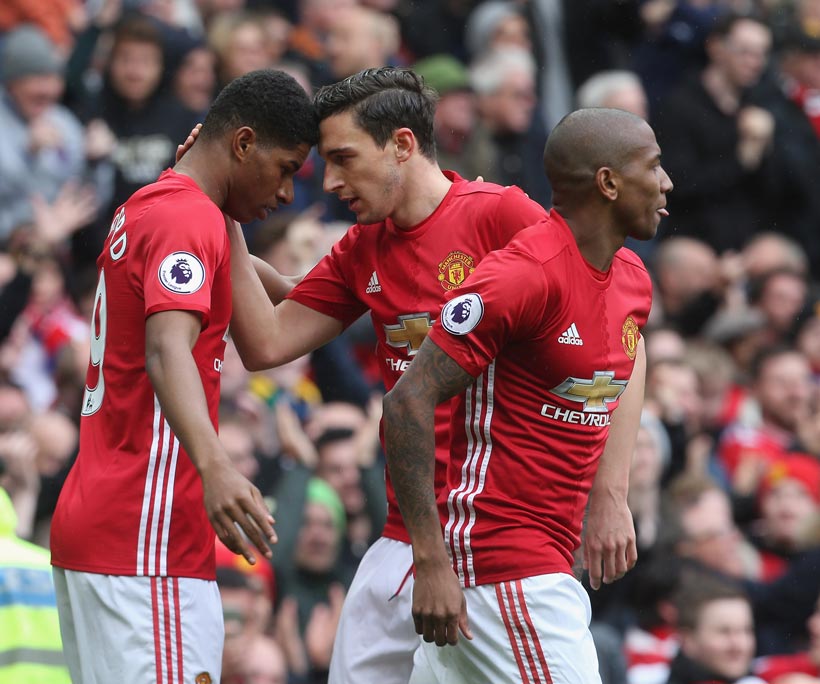 We move into mid-April and we do it in the best possible way: with a great win. It was a special game, an important one, and despite being in the stands I enjoyed the great atmosphere at Old Trafford and my team-mates’ great performance. Obviously, Chelsea was a very, very tough rival. They have been the most consistent team in the league so far, that’s why they have been on top for so many weeks and that’s why the score is so important for us, because we get back an extra boost of confidence for the week that is now starting. We were very solid and showed great competitiveness; I hope we can keep it like that because every single game is very important when you approach the end of the season.

As I said, I went to Old Trafford to see the game. You feel like you want to jump onto the pitch and help the team, but I must be patient and keep training to be back as soon as possible. I’m feeling better every day and your messages of support do help a lot. I can’t stop thanking you!

Now we must focus on the second leg of the Europa League tie against Anderlecht to maintain our goal, which is to win this competition.

There’s no change in Spain regarding the fight for the title. Both Real Madrid and Barcelona won their games (and both had to wait until the end to secure the three points), so everything’s at stake in El Clásico this coming weekend. I also want to highlight the stunning goal from my friend ‘Guaje’ Villa from almost the halfway line. He can still score from everywhere… What a striker he is!

Unfortunately, we have to talk about the incidents in Dortmund before the Champions League game between Borussia and Monaco. First of all I’d like to send a big hug to my team-mate in the national team Marc Bartra, who has already left the hospital, and to everybody in the club. As most of you, I’m struggling to understand what’s going on. The feeling is that everything is out of control right now and incidents like this multiply. But this kind of things will never win.

PS: The NBA playoffs are underway. Which team is your favourite to win? I must admit that I love watching Stephen Curry… Of all the first-round ties, the one between the Spurs and the Grizzlies is very special for us in Spain, with the Gasol brothers facing each other.