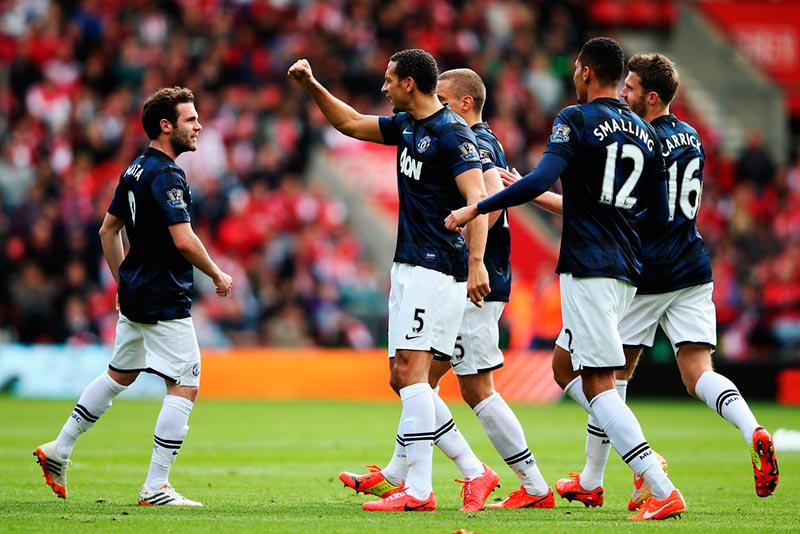 This is the last blog’s entry of the season. It’s not my intention to evaluate the year, but I would like to say that keeping this weekly meeting with you, in all kind of situations, has been very important for me, a connection with you wich fills me strength.

It’s always nice to finish with a goal, and especially from a free-kick. I will tell De Gea to stay with me at the end of the training sessions so I can practice more 🙂 The goal helped the team to avoid a defeat in Southampton, although the score and our final position on the table is nothing we feel proud of. In United, if you don’t win the Premiership one year you know you have to do it the next one, and we will get ready for that. I believe it’s fair to congratulate Manchester City for winning for the title. We will try to bring the celebrations to our side the next year.

The last week of the season was full of awards. On Tuesday I was honoured with the Player of the Month in April. It’s my second one in just three months and I don’t know how to thank you for that. It means a lot to me to get this trophy, considering that everyone can vote. As I said last week, I’m feeling good and looking forward to more. The 31 games I’ve played this season have not been enough 😉

The big prize was for De Gea and I was honoured to present it: United’s Player of the Year, voted for both the fans and the players. It’s the first time that the trophy goes to a United goalkeeper and David deserves a lot of credit for that. He’s got amazing qualities and he may become one of the best goalkeepers in the world; I believe so.

Back from Southampton I followed la Liga’s penultimate weekend and its incredible outcome. None of the top-three teams could win so Barça and Atlético will fight for the title at Camp Nou. It’s like a movie script. Amazing. Also, I want to congratulate Elche and my friend Lombán for staying in la Liga one more year following their draw against Barcelona.

Before I finish these lines let me point out that I’m not saying goodbye to you. We will keep in touch through the social networks, where you will find some nice surprises and up-to-date information about myself. That is really important to me.

Hug, have a good summer!