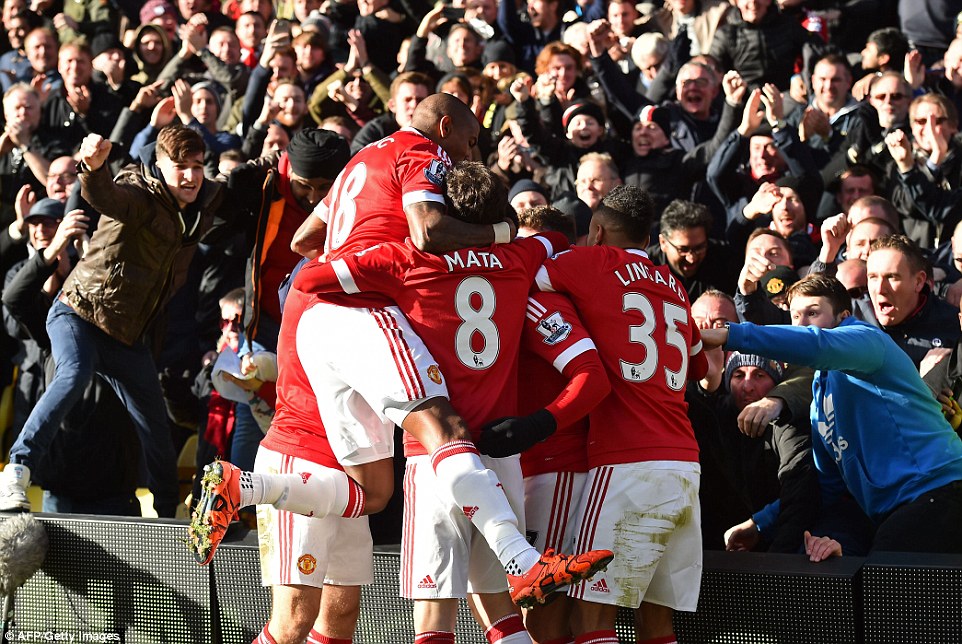 It could be a fantastic week

We could make an important step to finish first of our group in the Champions League, and we could climb to the top of the Premiership. This is how we face this new week. We’re feeling optimistic, as always, and our goal is to win both games and to have the best possible start to the busy period ahead… Obviously it’s going to be tough, and we will need to be at our highest level to beat PSV and Leicester.

But let’s go little by little. About our last game against Watford, it’s never easy to have the full squad available after an international break. We’re not being very lucky with trips and injuries this season. So we went to Watford and the team had several changes with respect to the previous game, but still we were hoping to get the three points. And we did it. I wouldn’t say it was a nice football game, but I think that in the first half, and especially in the first few minutes, we were the better team and as a consequence we got a good goal from Memphis. In the second half we had some chances, but it’s true that they did good pressing and we couldn’t play the ball and control the game. They converted a late penalty but we showed great courage to score again before the final whistle, and following other results we climbed to the second position of the table. I’d like to highlight that we kept the team spirit until the end, and I hope we do it throughout the whole season. A tough win like this one, when you don’t play very good, means more than three points.

Our next rival in the Premier League, as I said before, is Leicester. Ranieri’s team is having a remarkable season and the proof is that they are top of the League. In particular Vardy (who has equalled Van Nistelroy’s record of scoring in ten consecutive games) and Mahrez are outstanding, playing at an exceptional level… We will have to be very careful with them.

But before that it’s time for another Champions League night in Old Trafford, against PSV. We lost there in the first week and now we want to get the three points that would take us closer to the next stage, and to live another special European night in the Theatre of Dreams.

About other leagues, obviously I have to highlight the Spanish derby where Barcelona, playing at a really high level, beat Real Madrid 0-4 with goals from Suárez (2), Neymar and a guy who is a joy to watch when he plays like this: Iniesta. Even the Bernabéu, in an elegant gesture, applauded him when he was substituted after his exhibition… To make the right decisions always and to make football look so simple is not an easy task, and Andrés does it…

Moving to a different sport, and since the temperatures have dropped and they invited to have a quiet Sunday at home, I also watched the tennis final that Federer and Djokovic played in London. It was a great match, as expected, and all the tennis fans enjoyed it very much. At the end, Novak won his fourth consecutive ATP World Tour Finals, showing that right now he’s almost unbeatable… In the speeches during the trophy ceremony you can see the mutual respect between the players, which is something that dignifies the games between the two of them and, therefore, tennis in general…

Lastly, I have to mention that we are already more than 5 millions on Twitter. Thank you so much to all for supporting me and following me every day. Soon there will be a surprise where some of you will have a main role…

PS: This coming Wednesday marks the tenth anniversary of the death of the legendary George Best. Precisely, yesterday I watched a documentary about his life and football career. He was one of the best players of Manchester United and one of the best in the history of football, no doubt, and also an idol for several generations that still remember him today. A genius forever.