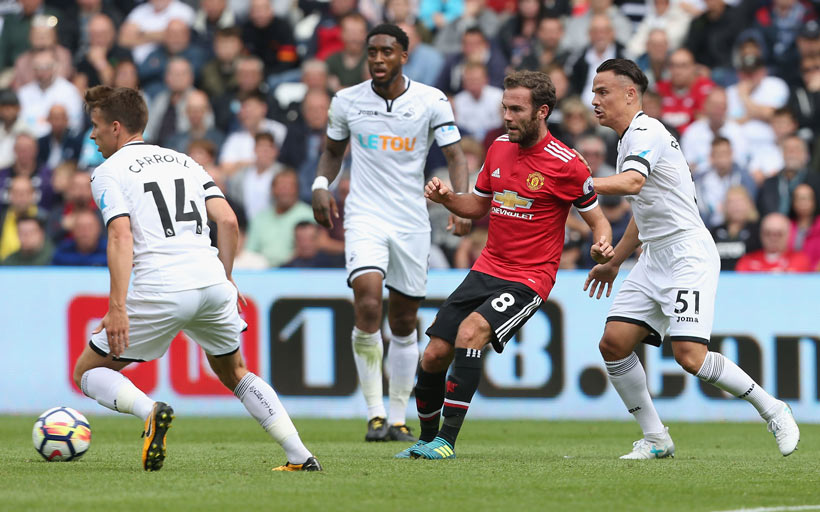 It’s just the beginning, but it’s a good way to begin!

Here I am writing to you for the second time this season, and after a second win. I hope we can keep this coincidence many more weeks… ;-). In terms of football, the week ends with a very good feeling again, following another convincing victory, although perhaps the score was too high. One thing is for sure, we have reasons to be happy with the confidence and determination that we are showing on the pitch, but we also know that this is just the beginning… It was fantastic to see so many Reds in the stands in Swansea. Celebrating the victories with you is priceless, you guys are great!

The next weekend we have a new opportunity to keep gaining momentum, this time against Leicester, always a tough opponent. It would be great to take the first international break of the season with nine points out of nine.

Regarding la Liga’s kick-off in Spain, I’d like to point out Valencia’s good start. I always wish them the best of luck. We’ve also enjoyed some nice, carefree football from teams like Betis and Girona, while Real Madrid keeps the same high level of the last few months, after winning the European and the Spanish Super Cups recently.

In the Second Division, Real Oviedo didn’t have the best possible start but the team has to keep looking ahead. There’s still a very long way to go!

As I said before, the feelings on the pitch have been very positive again these days, but obviously it has been a very sad and tragic week for all of us. It’s impossible not to think about what happened in Barcelona last Thursday. In the last few months we have seen several of these horrific and incomprehensible attacks, and they affect all of us regardless of the country where it happens… This time it’s been in Spain, my home, and to be honest it’s not easy to find words to express the anger and incomprehension, together with respect and support for the victims and their families. I just hope I will never have to write about something like this again…

Let’s finish today’s post with something more positive: Common Goal. I guess you know that Mats Hummels joined the project this week. I want to thank him for his involvement and his desire to help so many people through football. Danke Mats! I’d also like to thank all of you, footballers or not, for your messages through the social media welcoming this project. I really feel there’s a nice movement emerging that will keep growing with passion, using the strength and union of football for the good of society.

I’m leaving you now. Thanks for being there. I hope this is going to be a better week for everyone.

PS: Congratulations to the girls of the Spanish Under-19 football team, Champions of Europe! After several consecutive times reaching the final, you really deserved this!