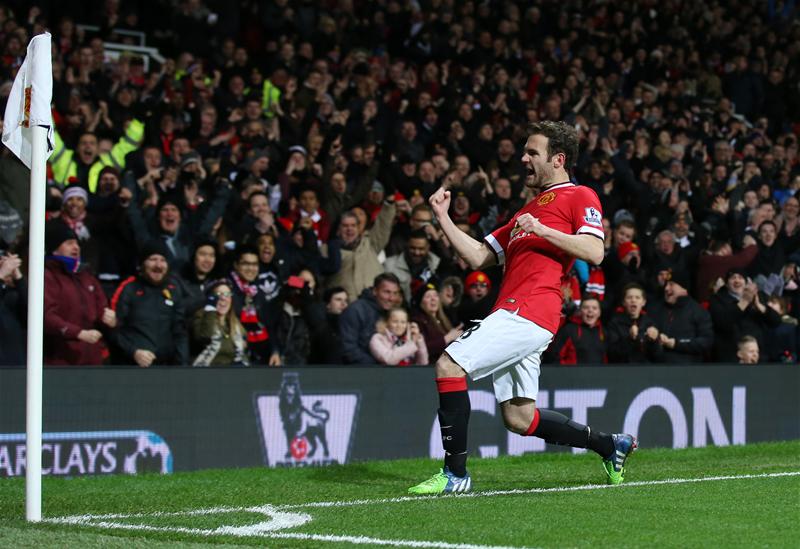 Once again I’m writing to you from my hotel room because, as you know, we play in Southampton this Monday. Our position in the Premiership table is now better after defeating Stoke in Old Trafford last Tuesday. It was our fourth victory in a row and we can climb to the third spot if we manage to win again. That would be good news ahead of Christmas, although we want to get better and better throughout the whole month.

Beating Stoke was not easy at all. They are a dangerous team, as they showed against Arsenal on Saturday, and you have to be aware of that until the final whistle. They kept trying to tie the score and had their chances in the last few minutes. In this game, once again the ball possession was ours, and we scored first, but after the 1-1 we had to work hard for the three points. Many of you have asked me about the second goal. To be honest I couldn’t see whether Marcos had touched the ball or not. I just tried to cross the ball in a way that our players had some advantage over the Stoke defenders, but also towards the goal, as we practice in training, so eventually it would go inside if nobody touched it. Luckily, that’s what happened. A very important goal.

It was the first game in a really cold weather and there will be more in the next few months. Sometimes you can feel it on the pitch, especially on your feet, although a good warming up plus the concentration a game requires make you forget about the cold. But you can feel it after the game as soon as you take off your boots and socks 😉

Against Stoke, David de Gea played yet another key role and you voted for him as the Best Player of the Month twice in a row. It’s not easy for a goalkeeper to win these kind of awards, what he is doing this season is very commendable. Congratulations, my friend.

Even more challenging than Stoke will be Southampton. They are third on their own merits with an outstanding run at home: 5 wins in 7 games, with 17 goals scored and only 4 conceded. It’s going to be a special reunion, since Ronald Koeman was my manager in Valencia when I won my first title as a professional footballer: the Copa del Rey. He was very important in my career because he gave me confidence and I played regularly, which is what every young player needs in his early years.

Talking about outstanding, Real Madrid got their 18th consecutive win. I watched the game against Celta, a team with a personal football style who was tough to beat. Yet it seems Real Madrid have set a cruise speed and they just keep going. And even if they don’t play very good all the time, they keep things under control and win again and again. As for Barcelona, they had a tricky game against Espanyol, a side led by his captain Sergio García. I really like this player: he contributes a lot to the team, not only with goals, he has good movements and is very good with both feet. However, his opening goal was not enough. Barcelona, inspired by Messi, won 5-1. They will be up there fighting for the title.

Before going to bed I would like to congratulate Mireia Belmonte, who got four gold medals and two world records in the World Short Course Swimming Championships, and to wish the best of luck to the Spain women’s national football team ahead of the World Cup in Canada, where they will be playing Brazil, Costa Rica and Corea.

By the way, I take note of your recommendations and soon I’ll be creating a playlist with some of the music bands you like, such as The Cure, The Kinks, The Doors, Pink Floyd… You have good taste!

Thank you for being there, I’ll see you next week. Hugs to all!