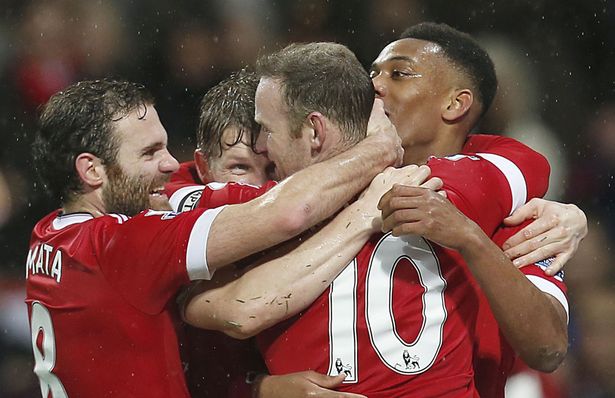 Last night, on my way back to Manchester, I was thinking about the last few weeks, games, trips, training sessions… But also about the list of fixtures to play before the end of the season, and obviously I realised that the weeks fly and there are only five remaining games. The truth is I feel very good and I really want to play again, as it’s been a while since the last time I did. I’m looking forward to my next game! We have a good training week ahead to get ready for the match.

As you know, I couldn’t play in Munich but still I went there with my team-mates. We were fighting for a place in the semi-finals and, honestly, I believe we were close to make it a couple of times. First when Patrice scored that stunning goal for the 0-1, and later on with two more chances that we missed. Yet in the last few minutes Bayern was very strong and now they will face Real Madrid.

So we have five finals to play in the Premiership and we will try to win all of them to get as many points as possible. The first one, against Everton. They are having a spectacular season; it’s a very dangerous squad, even more at home.

In Spain, these are very intense and thrilling weeks for the top-three teams. Atlético took the leadership, whereas Barcelona lost in Granada and Real Madrid beat Almería.

To find something so exciting we have to go back in time to those two Ligas Valencia was able to win (by the way, what a fantastic comeback they had against Basilea in the Europa League! Now semi-finals versus Sevilla).

Moreover, this Wednesday is the Cup final. I bet it’s going to be an even match, same as the last Clásico. I hope we can enjoy a very thrilling game until the end with as many goals as the last time they played.

I’m sure it will be the talk of the town in Easter… If you are planning to go somewhere I hope you make the most of your holidays, same as I did this weekend, and if you are driving please be careful!

Enjoy your time with your relatives and friends these days and I’ll see you again next Monday around here. Thank you for the good wishes you have posted on the social networks and for your suggestions about trips to make around the Northwest of England.

Lastly, I would like to thank Sir Bobby Charlton for his words towards me; being him such a legend they are even more valuable. Also, congratulations to David for becoming United’s Player of the Month in March. You deserve it, crack!

Hugs to all of you!

PS: Before saying goodbye I would like to send a big hug to all those who made possible what we lived on Grada360. I wish them the best of luck in their next challenges.