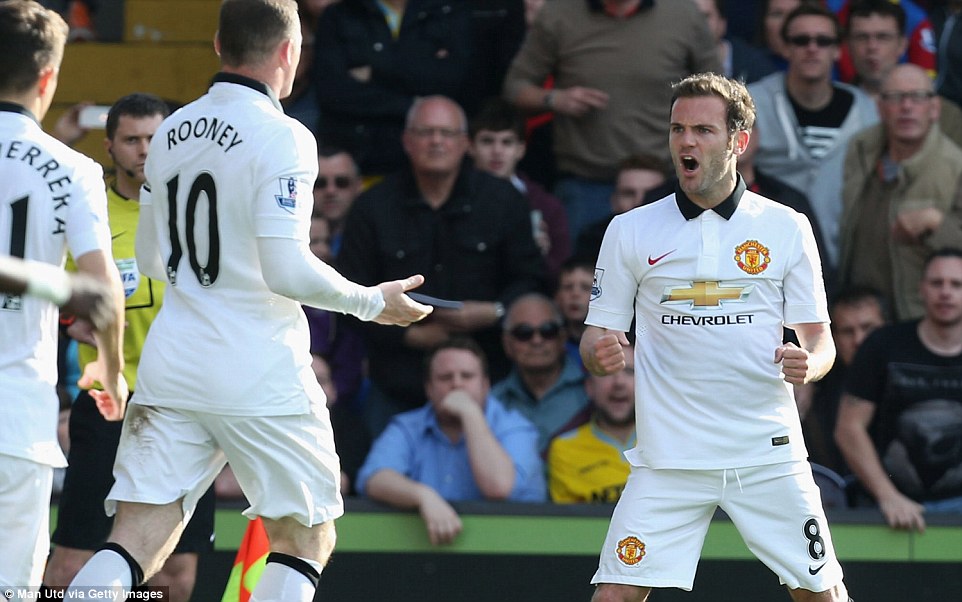 We leave behind a spring Sunday in Manchester; it’s been a good day for us after our win in Selhurst Park the day before. As you know, with those three points we are virtually qualified for the next Champions League, which is the least this club must achieve. It is true that being fourth we would have to play a qualifying round, but we will try to finish even higher, although in order to do so we don’t depend just on ourselves. But it was vital for us to secure, at least, the fourth spot this weekend.

It was a win that demanded a lot of work from us because Crystal Palace made it tough. In the first half we were better and I had the chance to score my first penalty with Manchester United. However, their pressing was good, they tied the game and created a few good chances. David was amazing, as always, and in the last few minutes Fellaini’s header gave us the victory and three crucial points to achieve our goal.

This score ends our bad streak and is a boost of confidence for us ahead of our game against Arsenal next Sunday, the last game in Old Trafford this season. Arsenal play this evening, but regardless of the table it’s a game we have to win. We owe that to our fans: they have always been supportive throughout the season, when we played good and when we didn’t. We want to have a good farewell in Old Trafford for them, although there is also one more game -away against Hull- that we will try to win as well.

This week we have known the signing of Memphis Depay for the next season. He’s a young footballer who has shown his quality in the Dutch League. Like any new team-mate arriving here, he will be welcomed and we will help him to settle in quickly. But right now we must focus on the last two games.

The Premiership knew its champion a week ago, and this one was a decisive week in la Liga. Real Madrid only got one point against a good Valencia in a game with plenty of good chances and shots hitting woodwork. Now Barça, who beat Real Sociedad, is very close to clinch the title. The pace of these two teams is such that a draw looks like a defeat.

Both of them are very strong sides and they could meet each other in the Champions League final. It looks easier for Barcelona after a 3-0 against Bayern in the first leg, for I think Juventus will be a very tough opponent for Real Madrid at the Bernabéu. I believe this game will be decided in small details.

I leave you now, thank you so much for all the messages you keep sending to me. You are great 😉 Have a nice week!

PS: As you may have seen on my social networks, whenever I have a day off I like to pop to The Northern Quarter in Manchester. I like this area very much, it’s different… If you happen to be in Manchester, it’s definitely worth a visit 😉