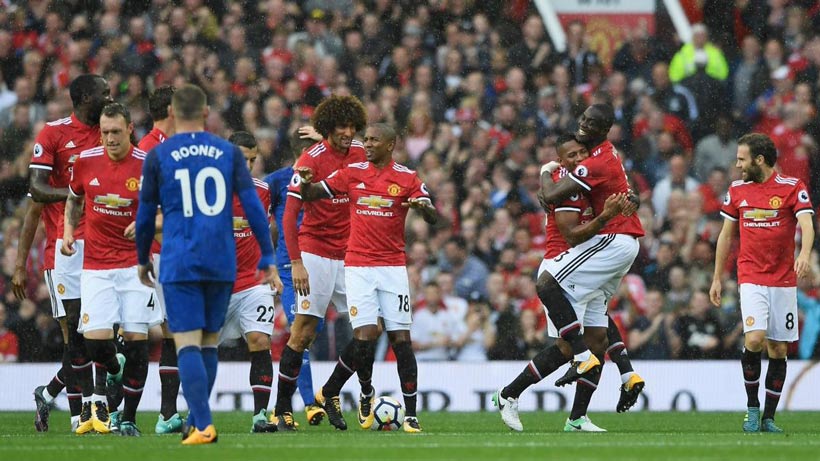 Steady pace towards our goals

It’s been an intense and happy week for the Manchester United family, with two games and two convincing wins at Old Trafford, feeling the extraordinary support from our fans and without conceding a goal. The team keeps working very well and we’re getting the reward that we deserve so far.

The game last Tuesday against Basilea was special because it was the club’s return to the Champions League. The way we won gave us not only three points but plenty of confidence as well. The game was not as easy as the score indicates, but I honestly think that we deserved the victory. And the same can be said about this Sunday’s game against Everton. We had a very strong start in the first half –by the way, what a superb goal from Antonio, the goal of the season so far!– and we kept the 1-0 advantage until the last few minutes, when we managed to score more goals to seal the victory. I want to highlight Wayne Rooney’s return to Old Trafford. He’s part of the Manchester United legend and the crowd gave him the ovation that he deserves when he was substituted. Seeing that respect from our fans in the stadium to our former captain was really moving. It makes you feel proud of belonging to this club. I think Wayne has still a lot of things to say in football and I wish him the best for the rest of the season.

We are happy, for sure, but we keep the euphoria away from the dressing room. Inside, we remain calm, with our feet firmly on the ground. We haven’t won anything yet, this is just the beginning and with such a busy schedule there’s no time to slow down and relax. This coming Wednesday we start the Carabao Cup, a new name for a competition in which we are the defending champions. We will be facing Burton Albion, a Championship club that will visit Old Trafford trying to play a historic game. They have just defeated Fulham and I’m sure they will try to surprise us.

Back to the Premier League, on Saturday we play against Southampton, always a tough team to visit. They don’t concede goals easily and they have a good balance in the squad. It will be a pleasure to face my good friend Oriol Romeu. We will try to upset him a little bit by winning the game just the day before his birthday 😉

In Spain, Barcelona remains on top after saving a complicated situation in Getafe with a comeback in the second half that secured the three points for them. The big match of the weekend was in Anoeta. Real Sociedad had won the first three games, but this time they couldn’t get any points against Real Madrid; the visitors were accurate and fast, as shown by Gareth Bale’s great goal.

I would also like to congratulate the Atletico de Madrid fans after the opening night of the club’s new stadium. I haven’t been there personally, but it looks amazing on the TV. I keep good memories from the Vicente Calderon, important moments of my career that I will never forget, such as my first official goal with Valencia :-).

Aside from football, I have to congratulate Spain’s basketball team for the bronze medal in the EuroBasket, and to dedicate a very special applause to Juan Carlos Navarro, who played his last game with the national team. He’s been one of the most talented players I’ve ever seen on the court. What a phenomenal player!

And this week, once again, we have to thank you for the great welcome to Common Goal. As you know, two extraordinary female players have joined our project: Megan Rapinoe and Alex Morgan. With their help, this initiative can reach the United States. It also shows that this is a global and equal initiative, and women’s football takes part as well, of course. More news to follow soon! :-).