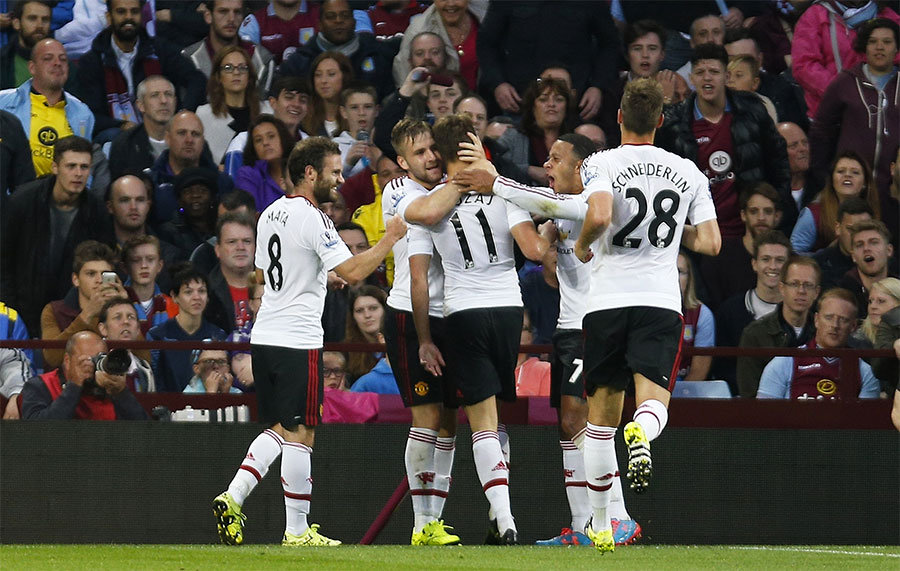 The Champions League is coming!

The two words you can hear everywhere these days, both in Old Trafford and Carrington, our training complex, are Champions League. We are eager to play it again and, as you know, the play-off round is here. We don’t want to get too obsessed with that but it’s true that getting into the group stage is vital for everybody. Since the beginning of the pre-season we are getting ready for this moment.

I have to say that the opponent is not an easy one. Club Brugge has a lot of history in European football, they have just eliminated Panathinaikos with a 3-0 win at home, and I’m sure they are in good shape because the league in Belgium started two weeks earlier than the Premiership. Having said that, I believe we have the responsibility to get through and be part of this competition that brings me -as you know- so many good memories 😉 The last two times I played a European competition until the final game I was lucky to lift the trophy.

As you can imagine, we are facing this challenge in good spirits. Our second win in two games in the Premier League, in a tough stadium like Villa Park, leaves the team in a very good position and we are looking forward to keep this winning streak. Playing on Friday was a bit weird but, as I said after the match, the good score allowed us to have a quiet weekend watching the rest of the games. During the 90 minutes we scored a nice goal and had spells of good football that we want to maintain this season. Basically, I think we are showing consistency as a team; we are not giving away many chances to our rivals, which is always positive. Obviously we know we have to get better, but the most important thing now is to get good results that help the team get started in this long season.

The rest of the European leagues are starting now: Germany, Portugal, France… with some surprising results, although today I have to talk about the Spanish Supercup. I must confess that Athletic beating Barça 4-0 was impressive, they deserve a lot of credit for such a score against the European champions. I couldn’t watch the game since it was on Friday evening too, but I really want to see what is going to happen in the second leg at the Camp Nou.

Lastly, I would like to congratulate my compatriot Carolina Marín for her back-to-back world titles in badminton. You know that I love the racket sports. In Spain we are very much into tennis, but becoming the world number one in badminton, such a powerful sport in Asia, is a remarkable achievement. She is an example of perseverance for all of us.

I’m signing off now, looking forward to get a good result this Tuesday. I’m sure the atmosphere in Old Trafford is going to be special, as it is every night in the Champions League…