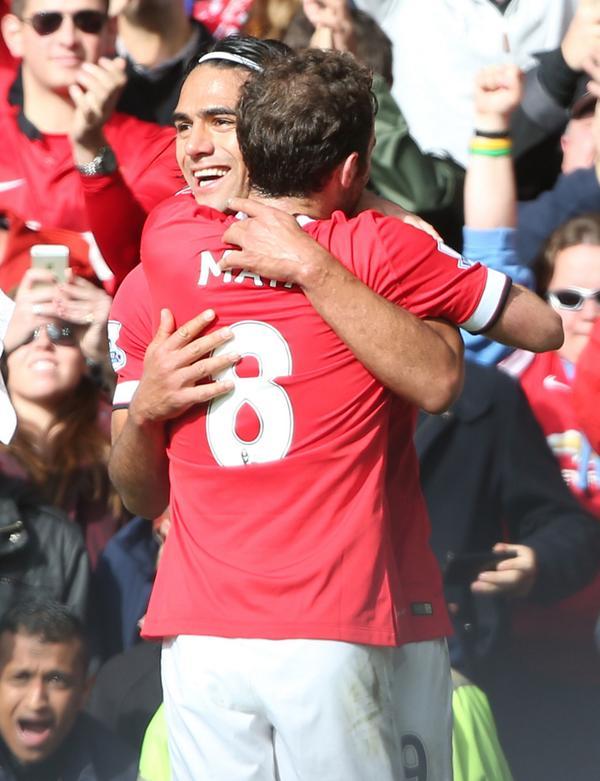 We keep climbing the table

What an important win this weekend against Everton! And for many reasons: it is one more consecutive victory in Old Trafford; it means three points to climb to the top four of the table; winning is the best possible way to face an international break; and many other things. It was a key game but we know there is still a long way ahead. Because we won the match but once again we suffered until the last minute, and perhaps we should have controlled the game better. We took the lead thanks to Ángel and then David started his amazing performance. First he saved Baines’ penalty. In the second half they tied the game and later on Radamel scored (I am very happy for you, the first one of many more goals, I’m sure). And then David did several extraordinary saves to keep the three points at home. What a superb performance! It seems his new haircut brought him luck…!

As the manager said we know we have to improve, but little by little we are climbing the table and I’m sure we will keep doing that with your support, always fantastic in Old Trafford.

In la Liga, Valencia has started really well as I could see on Saturday. It’s not easy to make three goals against Atlético, and in just 15 minutes. The renovation of the team looks good from here. No wonder the fans are so excited. And Negredo hasn’t made his debut yet… I’m very happy for them!

Barça and Real Madrid won their games the way they use to. The former haven’t received a goal yet, that’s something commendable, whereas Ancelotti’s team keeps showing a big attacking power.

I don’t forget about Eibar and that stunning goal from Saúl Berjón! Of course he is from Asturias! 😉 If you haven’t seen it yet, you should do it. It’s good that you can find wonders like that anywhere, regardless of how big the budget of a club is.

Out of football, I want to send a big hug to the Formula One world and especially to Jules Bianchi’s family. I hope he recovers soon of the horrible accident he suffered in Japan. And congratulations to the Spanish basketball team, runner-up of the womens world championship. As it happened in the mens championship, USA was the better team by far.

I’m starting a new week full of energy and looking forward to keep winning games and enjoying myself on the pitch. I hope you have a great start of the week too. I shall see you around here next Monday.