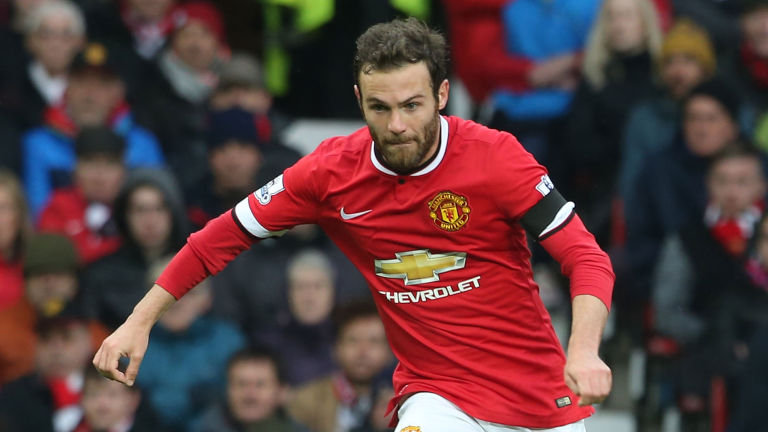 We need to change this streak

The weekend has not been neither easy nor happy for us… Obviously, when you lose you are in a bitter mood until the next game, so I hope the week goes by quickly and we can revert this bad streak of results.

I said the weekend wasn’t good for several reasons… Obviously the 0-1 at Old Trafford is a tough score for us and we are forced to win as soon as possible: our rivals ahead keep adding points, and also the teams behind are getting closer. It’s the tendency of the last few weeks: we have more ball possession that our opponent and create chances but we aren’t able to take them. We must focus on being effective because we haven’t scored in the last few games and we can’t afford it any longer. On Saturday we tried until the end but their goalkeeper was brilliant…

There are three finals remaining and, as I said above, I hope we can change this streak as soon as possible. Our next game is in London against Crystal Palace. It would be good to repeat the same score of last season.

Unfortunately, the other reason that makes these days complicated is the passing of Rio Ferdinand’s wife, Rebecca. Rio and his family left an indelible memory in this club and all of us are deeply saddened by her death… I send all my support to him and to his family at this painful moment, same as our fans did during the game… Rest in peace Rebecca.

Back to football, Chelsea are officially the Premier League champions. I had congratulated my former team-mates already and I do it again: you have been the most consistent team this season. I hope the congratulations are to us the next year 😉

In Spain, on the contrary, the championship is still alive: Real Madrid were able to win in a very tough stadium, in Sevilla, and Barça were ruthless with Córdoba. I also want to highlight Andoni Iraola’s announcement that he will leave Athletic Club at the end of the season. We met in the Spanish national team and he is a great player and a great person. I hope he overcomes his injury so he can play one last game with Athletic.

Before signing off I want to dedicate a few lines to Nepal after the earthquake that hit the country days ago -and still has consequences-, leaving the area devastated. Many people have died and there are thousands still struggling to get food, shelter and medical assistance. Any help we can provide is good. For example, through the following Unicef site: http://www.unicef.org. In such a complicated situation, Nepal needs the world’s help and we must provide it now.

Thank you for your support always.