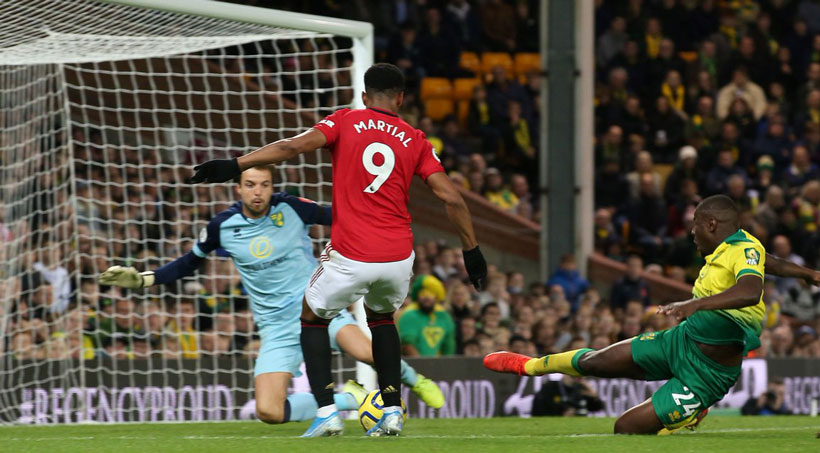 Another win to close the week

After drawing against Liverpool and winning in Belgrade against the Partizan, Manchester United beat Norwich 1-3. This wednesday against Chelsea, Juan Mata's team will have to fight to get to the quarterfinals of the EFL Cup.

Manchester United ended a good week with a good win at Carrow Road (1-3) in the 10th game week of the Premier League. On their visit to Norwich City, the Red Devils based their win on a very good first half with great offensive production. At halftime, Man U were winning 0-2 with goals from McTominay (this goal meant United's goal number 2,000 in the Premier) and Rashford. Also, the local keeper Krul saved two penalties.

They could have sentenced the match before half time, but United didn't suffer either in the second half. Martial on the 73' made the 0-3 and Hernández made the only goal for the locals on the 90'.

After the draw against Liverpool and the win in Belgrade, United ends the week with a good face. All this just before playing the EFL Cup against Chelsea on Wednesday. A very special match for Juan Mata.