Juan assists eased the way to the quarter-finals 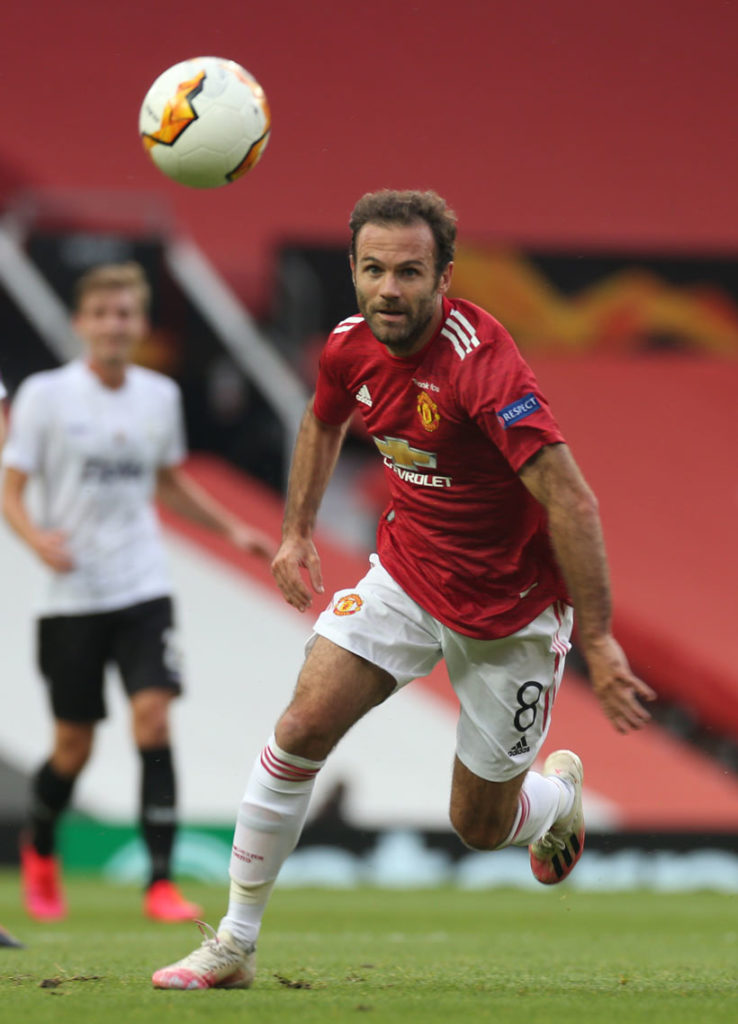 Mata assisted twice in Manchester United’s victory against LASK (2-1). The Spanish international has given five assists in this Europa League (and 18 during his career in the tournament). On Monday, against Copenhagen, United will seek their qualification for the semi-finals.

Manchester United qualified for the last eight of the Europa League. The result from the first leg (0-5), played before the pandemic, eased the way for the next round. The Red Devils won LASK (2-1) at Old Trafford, where Mata was the protagonist in both goals, assisting Lingard and Martial.

Before the initial whistle a minute’s silence was hold in memory of the COVID-19 victims. Juan, as he did in the first leg (goal included), started the game. The Spanish international has started eight times in the 10 games for United in this edition of the Europa League. Against the Austrian side, the Asturian played the complete game, where he gave four key passes, took two shots and dribbled five times (he was the best in that aspect).

The rival team took the lead thanks to an excellent effort from Wiesinger. The shock lasted a couple of minutes, until Lingard scored the equaliser (1-1) in the minute 57. Martial, after a great combination with Juan, made the final 2-1 (88). With these two assists Juan records five assists in total in this edition of the Europa League (18 in total).

On the 10 August, Copenhagen, that eliminated İstanbul Başakşehir, will be the rival for a place in the semifinals of the competition. United number 8 is three games away from winning the Europa League for the third time.