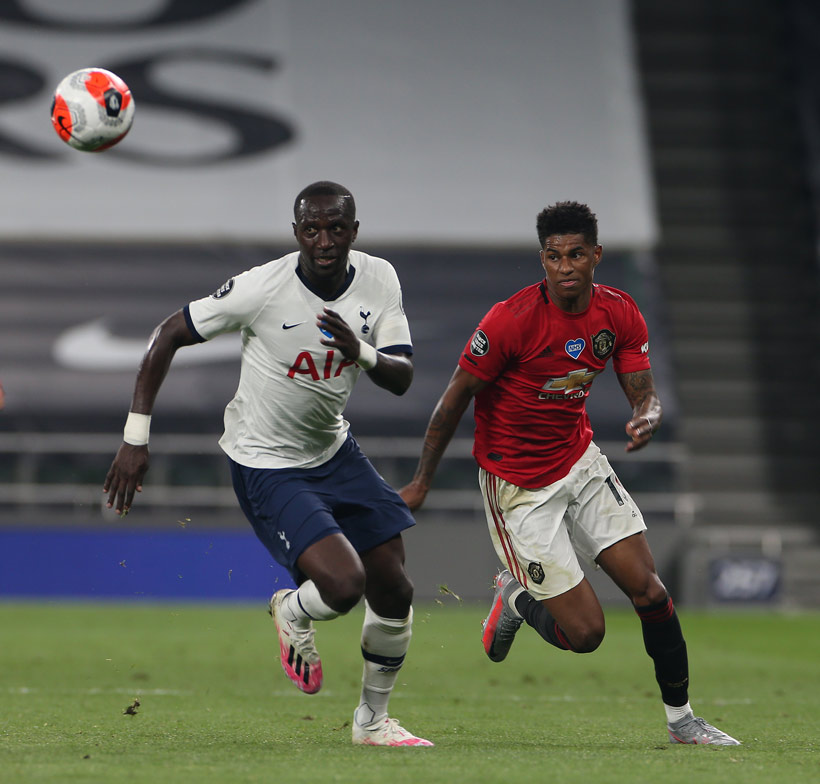 Manchester returns with a draw

Manchester United drew to Tottenham (1-1) on their return to the Premier League. Bruno Fernandes, from the penalty spot, scored the goal for the Red Devils, who will host Sheffield United next Wednesday.

Three months later, Manchester United returned to competition and they did it with a draw (1-1) against Tottenham in London. Before the initial whistle, the match was marked by gestures against racism and the support by the footballers to the NHS.

The main action from our #PL return 🎥#MUFC #TOTMUN pic.twitter.com/jh1pK4haLe

Bergwijn (minute 27) and Bruno Fernandes (from the penalty spot, minute 81) scored the goals. The Red Devils had more opportunities than their rival, but they had to wait until the last minute to grab a point that may end up being very important.

Juan Mata, who was the protagonist in the last game before the pandemic (scored a goal against LASK in the Europa League), watched the game from the bench. Manchester United's next appointment will be next Wednesday, when they will face Sheffield United at Old Trafford.