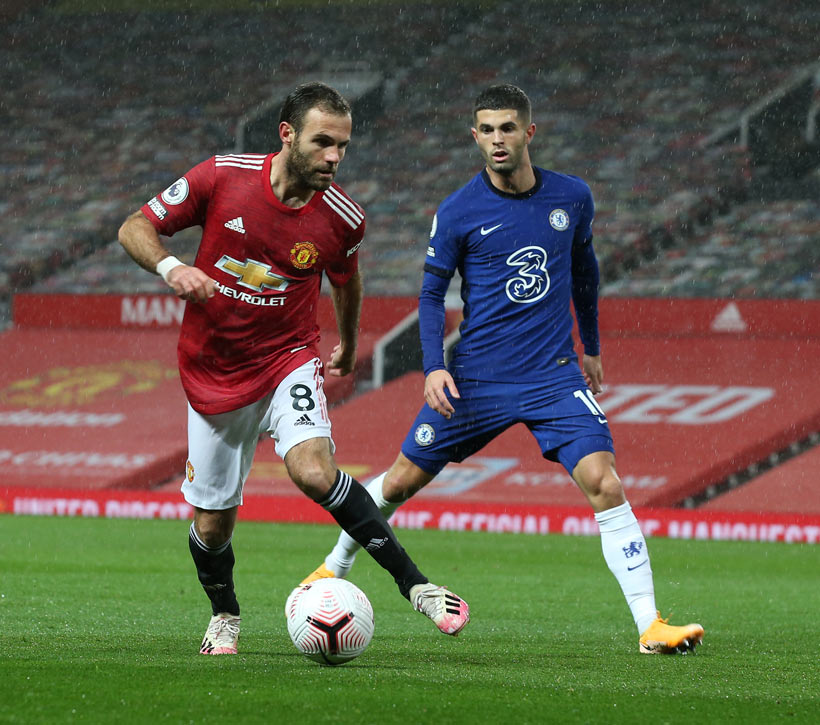 Several good saves from Chelsea's keeper avoided a Red Devil win, a team that proved to be very solid. Juan Mata, a starter against his former team, was the protagonist in several dangerous game plays.

Manchester United and Chelsea tied (0-0) on matchday six of the Premier League. Old Trafford hosted a very close duel in which Juan Mata met his former team again. The Spaniard, after his great performance last weekend against Newcastle, repeated in Solskjaer's starting XI.

Here's the key action from this afternoon's @PremierLeague clash with Chelsea 🎥 #MUFC pic.twitter.com/3ZNysxl8NK

In a first half dominated by the defenses of both teams, Juan starred in United's most dangerous actions. On the 36th minute, a pass from him left Rashford in front of Mendy, who deflected Marcus's shot with his leg. On the 41', it would be Mata himself who would test the Chelsea's goalkeeper, who was incredible again for his team.

During the second half, Number 8 was substituted by Pogba. He left the pitch with 3 key passes and an 84% of passing accuracy. Next match will be on Wednesday in the Champions League. On that day Manchester United will receive RB Leipzig at Old Trafford, with the idea of repeating the good image shown against PSG.