Protagonist against his favourite victim 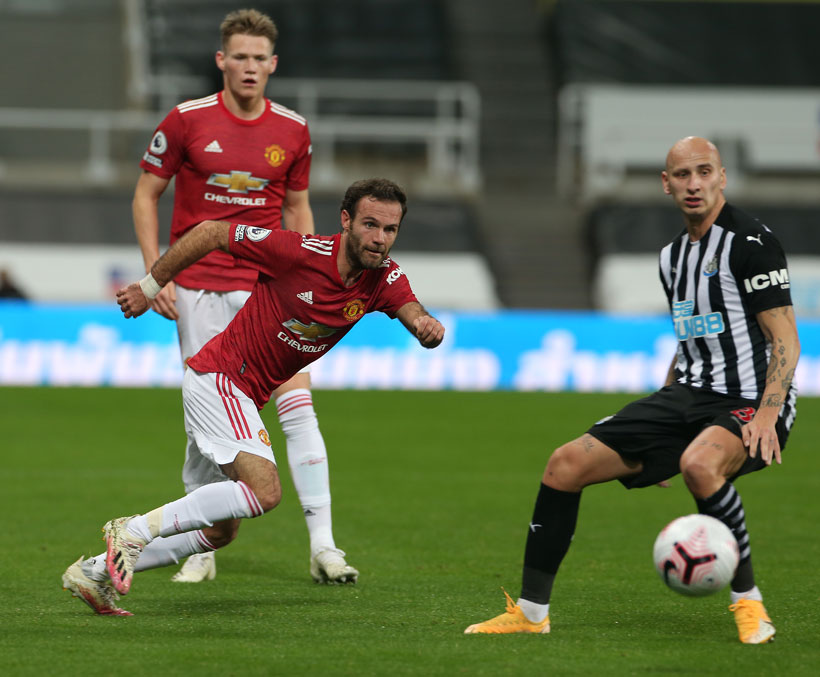 Juan Mata stood out in Manchester United’s victory (1-4) over Newcastle, a team against which he is usually decisive. He assisted in the equaliser and participated in the build-up to the 1-2. On Tuesday, United will face PSG in their Champions League debut in Paris.

Juan Mata, chosen as Manchester United’s best player in September, is still in great shape. The Spanish international had an outstanding performance in today’s victory in the Red Devils trip to Newcastle (1-4). A few minutes after Shaw’s own goal, Juan took responsibility in the comeback. In the 20th minute, Juan assisted Bruno Fernandes, but the VAR disallowed the Portuguese effort. Shortly after, Mata forced a corner kick with a hard shot that Darlow rejected. The Asturian took the corner and Maguire headed the ball into the net.

9 – Juan Mata has been directly involved in nine goals against Newcastle United in the Premier League (4 goals, 5 assists); against no other side has he had a hand in more. Whip. pic.twitter.com/VOn1YITMKe

United broke the 1-1 deadlock in the last minutes. The second half saw a couple of great saves by De Gea, a missed penalty by Bruno and three goals in the final stretch. In the 86 minute, Bruno finished a great counterattack, in which Juan also participated, after a pass from Rashford. Wan-Bissaka and Rashford himself rounded the score as the end of the clash approached.

Apart from his assist, Mata completed 94% of his passes (the best of the 22 starters) and gave three key passes. It is United’s sixth straight away win in the Premier League (counting last year) and a boost for the morale before the Champions League debut against PSG, next Tuesday in France.