Mata’s work with Common Goal, recognized in an emotional gala 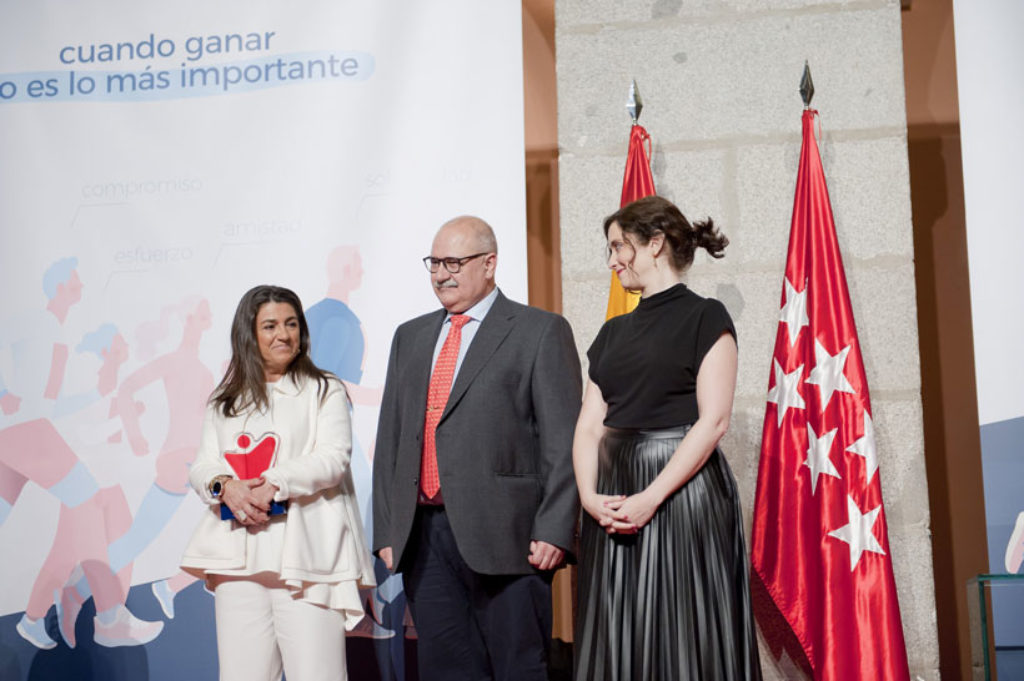 The Manchester United footballer received a special category award from ‘Premios Valores Femaddi’. The event was held at the headquarters of the Government of the Community of Madrid. His mother picked up the award and he sent a video with a thanking message.

Juan Mata and the Common Goal movement have received an emotional recognition in the delivery of the special awards of the ‘I Gala Valores’, organized by the Madrid Federation of Sports for Intellectual persons with disabilities –Femaddi-. This award – the second one he receives in a few weeks after the one granted by the APDM – was awarded during an event held at the Royal Post Office, headquarters of the Government of the Community of Madrid.

In addition to Mata (“for his commitment to groups at risk of exclusion from around the world through the implementation of the Common Goal program”), Faustino Díaz (founder of the CD Atam Pozuelo, posthumously), the Paralympic athlete Dionibel Rodríguez, Las Rozas City Council and Telemadrid were also awarded. Isabel Díaz Ayuso, president of the Community of Madrid, referred to Juan as a “champion of the world, of Europe and a champion in solidarity”, thanking the Asturian and the rest of the winners who are “able to make the best of others” , because “you make us better with your example, joy, enthusiasm and companionship”.

Juan could not attend the gala because he was concentrated with Manchester United. His mother was in charge of receiving the award, but he wanted to send a message through a video that was projected at the event. “Thank you very much for the recognition to Common Goal. I wanted to congratulate Femaddi for the work they do. I encourage you to keep on that way”, he said.

Femaddi, which had 2,187 federated people and 66 clubs in 2019, wants to recognize with these awards values such as commitment, perseverance, effort or companionship of all those people and institutions committed to social inclusion, through the sport, of persons with some kind of disability.