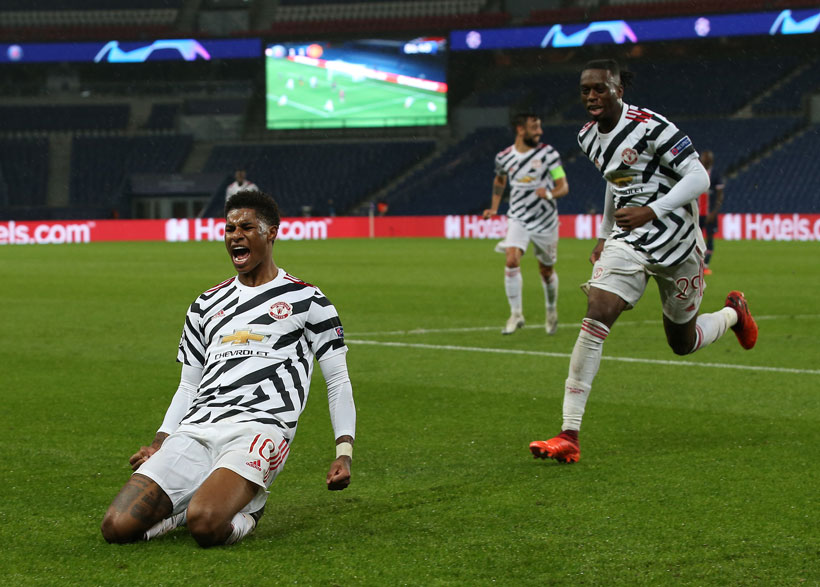 Stylish debut for United in the Champions League

The Red Devils beat PSG (1-2), runner-up in the tournament, in a thrilling match decided in the last minutes. A goal from Rashford in the minute 87 was decisive.

Manchester United kicked off their 2020/21 Champions League campaign with a great victory, which may be critical to their future in the competition. On the first day of Group H, Solskjaer's men took all three points from the Parc des Princes (1-2). A great goal from Rashford in the 87th minute decided the match against PSG, the current runner-up in the tournament. Bruno Fernandes - from the penalty spot - and Martial - with an own goal - left the score in a stalemate that seemed definitive until Marcus beat Navas in the final stretch.

The excellent performances from both De Gea and Keylor prevented the score from being higher. Juan Mata, who stood out in last Saturday's victory against Newcastle, stayed on the bench this time. It is Manchester United's second victory at the PSG stadium in three years, after the one achieved in the last 16 of the 2018/19 Champions League (1-3).

👏 @ManUtd have set a new club record of 1️⃣0️⃣ successive away wins in all comps and are unbeaten in their last 1️⃣8️⃣ away games pic.twitter.com/RFrnhYU7d8

The Red Devils will host Lampard's Chelsea on Saturday at Old Trafford. An always special meeting for Juan.