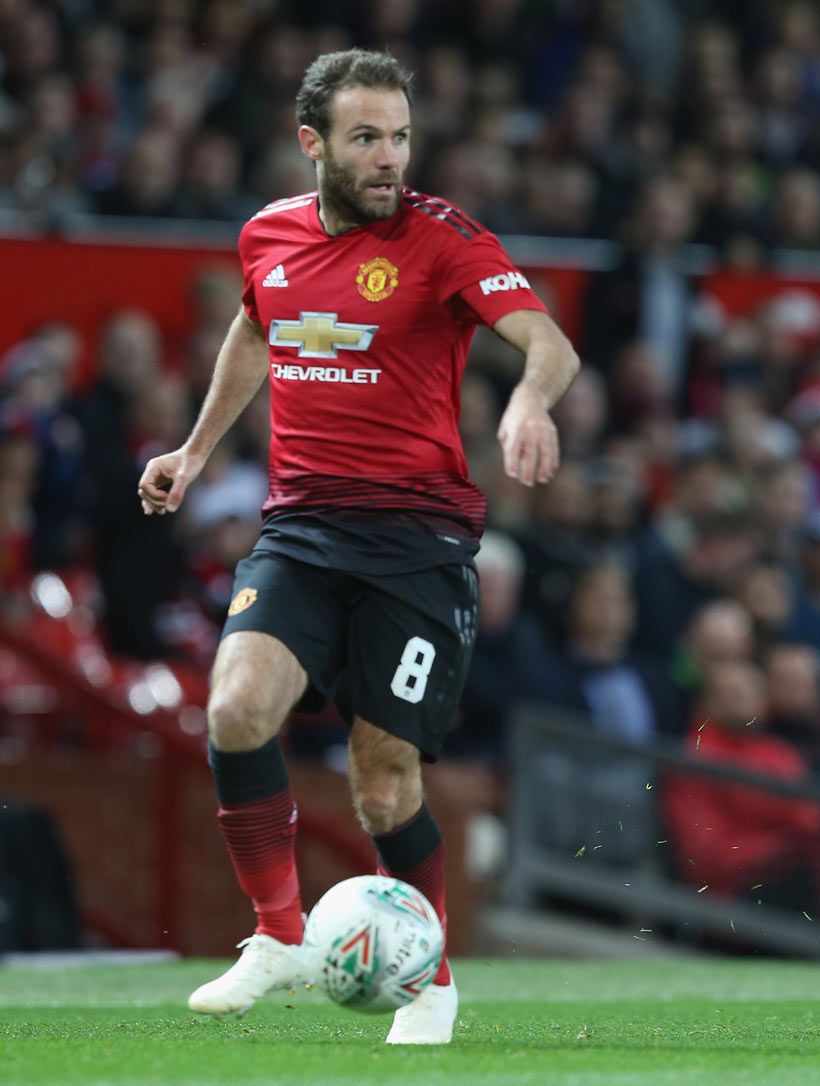 Still feeling bitter from drawing against Crystal Palace at Old Trafford, we’re already focused on our game against Young Boys. Obviously I would have liked to have been able to say something else, believe me, but the only way to get over a disappointment is to keep moving forward and in our case our next chance to do so is in a matter of hours. Tomorrow we have a key game for moving towards our objective of progressing in the Champions League.

We want a win to take us into December, which is without doubt the busiest month of the year with eight games. It is a very special month in the United Kingdom. There will be many weeks filled with passion that could prove decisive, but at the moment it is best to just think about the game against Young Boys. As I say, to win would be a very important step towards our aim of getting to the knock-out stages.

Going back to the game against Palace, despite the fact that we weren’t able to take another win, it was a special game for me because it was my 200th as a Man United player. It is a huge honour to be able to represent this great club so many times. A huge thanks to everyone who has helped and supported me along the way, we’ll be continuing on wanting more ?!

I don’t want to sign off without congratulating Didier Drogba for his fantastic career and the huge impact he has made to our sport both on and off the pitch. Without doubt, he was one of the best strikers that I have played with in the Premier League, one of the best players I have had the pleasure of playing alongside and he is a great person too. I wish you the best for the future, Didier, and many thanks for everything.

P.S.: I’d like to mention my respect and admiration for my compatriot Fernando Alonso, who raced for the last time in Formula 1 on Sunday. More than 300 races and 100 podium finishes, but above all I want to highlight how important he was in Spain for the many people he got interested in Formula 1. An incredibly talented driver who I wish all the best to in his next chapter.