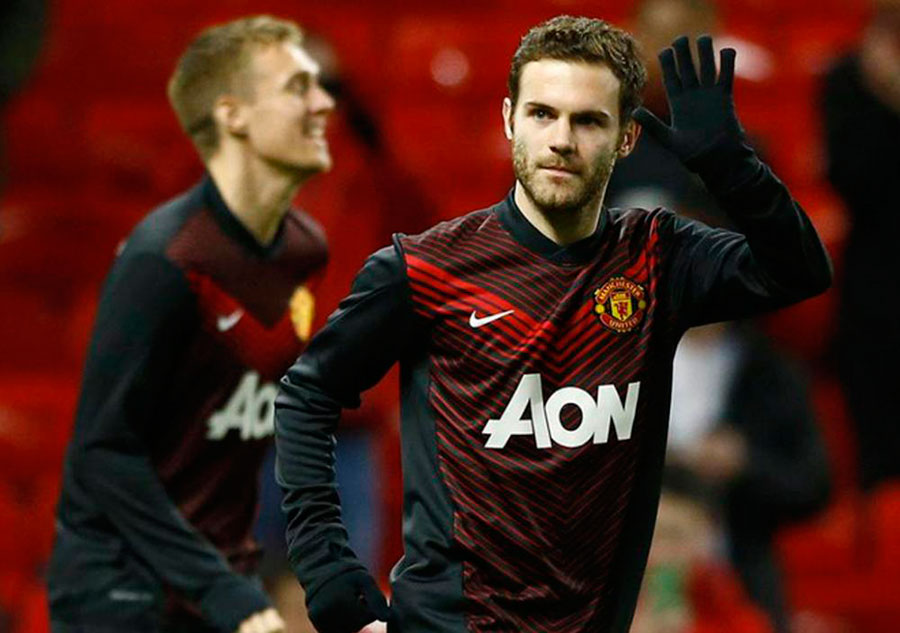 Time flies! It seems it was yesterday when I stepped on Carrington for the first time, when I met my team-mates and had the first training session with them. Twelve months have gone since then, and the truth is I feel like everything has passed really fast. In this 365 days I have lived many special moments, with a lot of good times and some disappointments too, but I have always felt privileged for being where I am. The United staff, the fans and my team-mates have been fantastic with me since the very first day, and it’s because of them that Manchester United is such a great and important club worldwide. For all these reasons and many more I want to thank you all and to keep the same mentality that I had when I came here: to compete, to get better and to do my bit for the benefit of the team and the club.
Good results are the best reward for you, I know, that’s why we are already focusing on the game against Leicester City in Old Trafford the next weekend. The previous match with them left us with a bad taste; we want to change that and offer a good game to our crowd.

As you know, last Friday we drew in Cambridge in the FA Cup. It was a very physical game, played in tricky conditions, and now there will be a replay at home to try to get to the next round. On paper, it may seem easy to beat a team of a lower division. It is not. We just have to take the example of last Saturday, with two big clubs being knocked out at home. It reminds us that the FA Cup is full of surprises. Also, it should be a warning sign for us ahead of our replay.

In la Liga, the top three won -Real Madrid struggled a lot- and, as I said, it seems the end of the season is going to be thrilling again. Meanwhile, Valencia had a very good result in Mestalla against Sevilla, always a very tough opponent. Alves and his penalty saves are just amazing. And he is always there in the big moments.

This week I would like to congratulate the Gasol brothers. They have made history as the first brothers to participate in the starting teams of the NBA’s All Star Game, as per the fans votes. They are big in every sense, and they make us feel very proud of them!

Thank you once again for being there, day after day, week after week and year after year 😉 I have lived a lot of things in my first year in Manchester United, I’m very happy and I hope both you and me enjoy great moments in the future.

Thank you with all my heart! Have a nice week!