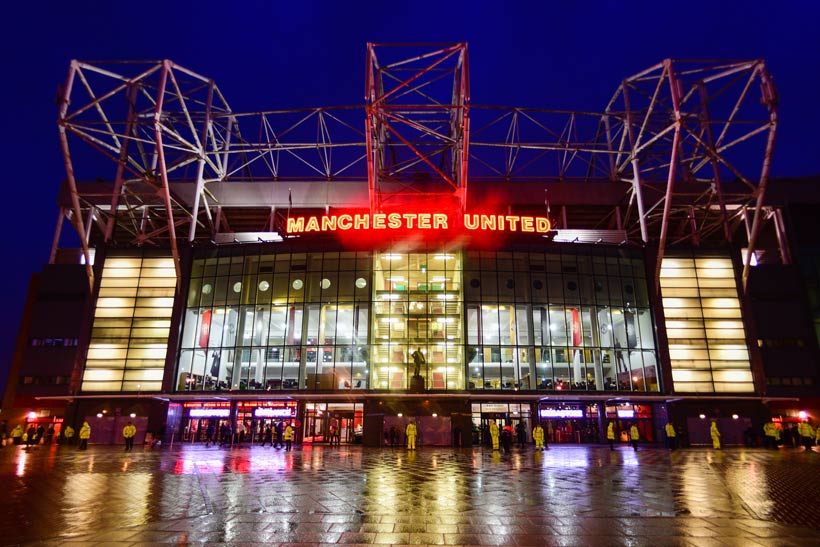 I am writing this today during a very special week. The Champions League is back, and it’s a big one. The knock-out tie that we have ahead of us against PSG is exciting, even though it’ll be tough, and we will do everything that we can to go through. It is clear that the team is in good form; the squad is united and every player is going to do their bit to try and maintain our run of positive results from recent weeks. We can feel how happy the fans are, too, and that makes us even stronger.

Away from our form, we are thinking about our next game, focusing on preparing well and giving our all; the past doesn’t count for much in football. As I’ve said, our next fixture is particularly important: welcoming PSG to Old Trafford. We need the atmosphere to be as impressive as it has been during all of the big European nights that the Theatre of Dreams has seen before. After winning back-to-back games on the road, we are really looking forward to playing at home again. Although it seems that PSG will be visiting us without some of their most important players, they have a fantastic squad and whoever plays will pose us problems. Without any doubt, they are a top side with a lot of quality in their ranks. Hopefully it will be a great knock-out tie for the fans and we will go through.

Last Saturday, as you will all know, we visited Fulham and took another three points in a game that I enjoyed, especially in the second half. We feel at ease, and this confidence is giving us good results and goals – just like the ones that Anthony and Paul scored. Two great goals in the first half put the game firmly in our favour. Paul’s unstoppable left-footed strike and Anthony’s great run which he finished off, as he always does, with such ease. A goal that can only be scored by a few special talents like him. What a player. The third goal came from a penalty which I won, as Paul put it away for his second of the game. It was definitely a good day at the office. 🙂

“Listen @AnthonyMartial, you are very good at playing football, you know that right?” @ManUtd ?⚪⚫ #FrenchRonaldo ?? pic.twitter.com/IHFDDh5WCT

In Spain, the Madrid derby was the stand-out match of the weekend, with Real Madrid showing that they’re prepared to fight until the end. Barça had a tough game in Bilbao and were only able to draw. Athletic played very well and forced Ter Stegen to make some great saves on various occasions.

Away from football, I was happy to see Lindsey Vonn wave goodbye to professional alpine skiing with a medal at the World Championships. A great end to a brilliant career.

Hugs, and I hope that you all have a good week.