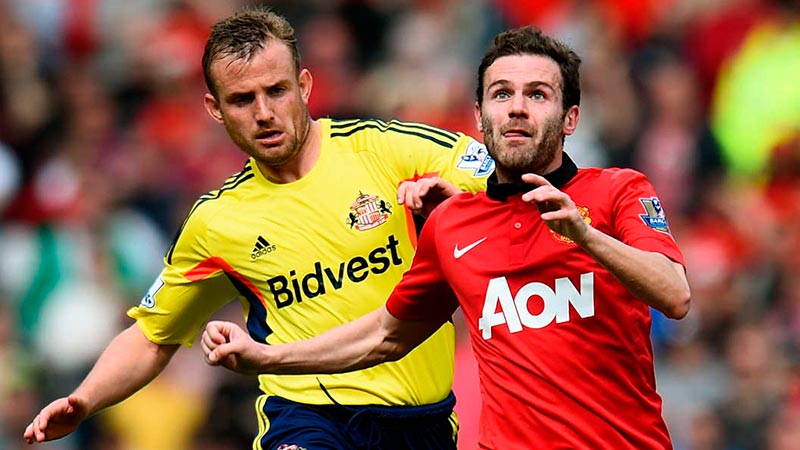 This is another Monday that I have to talk about being unhappy with our result in the weekend… Last Saturday we didn’t win, but also we didn’t play the way we want to and have to. I was feeling good on the pitch, but Sunderland took their first chance to score and we weren’t able to comeback in the second half…

The good thing is that tomorrow we play again in Old Trafford. It’s our last game at home this season and we want to have a decent farewell in front of our fans, with a good game and a victory. They have given us a remarkable support throughout the last year and that shows the greatness of the club and the loyalty of our fans in the good and, in particular, the bad moments.

We will have to play one more game to finish the Premiership, the next weekend at Southampton.

Then it will be time to analyse what has been a complicated season for the club, although I’m sure the future will bring again titles and happiness to our fans, because that is what they deserve.

To be honest, as I said in the last entry to this blog, from a personal point of view I feel this season will be too short for me. I’m feeling good and I do want to keep scoring and assisting as I was able to do in April. There are just two games remaining but I will try to make the most of them.

Last week we had the Champions League semi-finals. I have to congratulate both teams from Madrid for reaching the final. I’m sure it will be a very intense game. After two consecutive seasons winning trophies in Europe, this time I will watch from home both the Champions and the Europa League finals and it makes me feel kind of envious. I also want to send a hug to my friends and former team-mates from Chelsea, for they have had a tough week.

And of course, all my support to Valencia… They got really close to the final of the Europa League but were eliminated at the very end of a thrilling game. In sports, until the final whistle anything can happen… It was tough but they have to be proud of their European campaign. Good luck to Sevilla in the final against Benfica, the Portuguese are a great side and are fighting for all the titles this year after already winning the championship in Portugal.

In la Liga, none of the top-three teams won. Barça seemed to say goodbye to their title hopes after the draw against Getafe. It was a very important point for the madrileños, who needed to put distance with the relegation zone. Then, we all were staring at the TV during the double clash between teams from Valencia and Madrid. First, we saw Atlético’s unexpected defeat after a great run of results. They had a lot of support from their fans at Levante’s stadium, but the local team is very tough at home. Only Espanyol, Almería and Osasuna had defeated Atlético before this season. At Bernabéu there was another intense fight. In the first half, both Alves and Diego López had great saves. Mathieu scored right before the break and the second half was very interesting. Ronaldo’s goal tied the game and the race for the title is even more exciting now.

Thank you once again for being there, you are the best 🙂