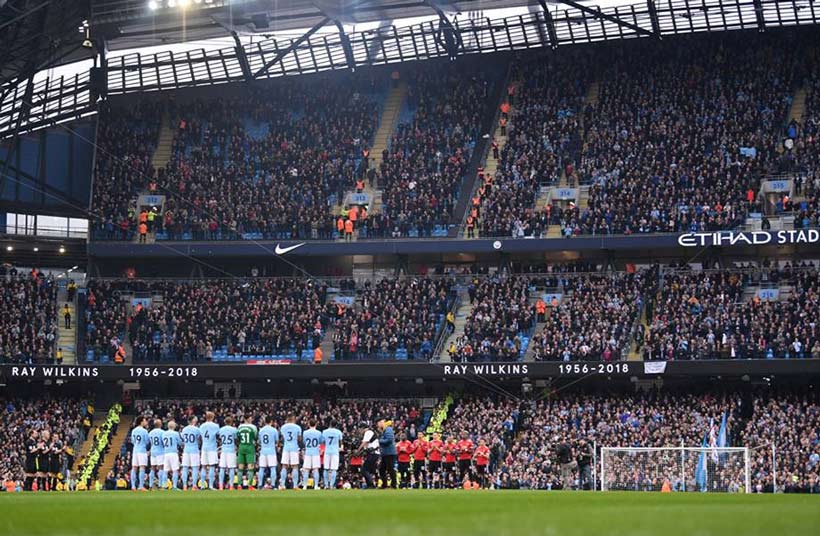 A derby to go down in history

Today I’m writing to you at the end of a Sunday in which, to tell you the truth, the impact of the Manchester derby has not faded out yet. The people you meet are talking about the game (especially if they are United supporters, of course), and almost every conversation is about last Saturday’s comeback. A derby is a derby. It may sound as a cliché, but it’s a special game. So when you get an away win after being 2-0 down against your rival, who is waiting for the final whistle to celebrate the Premier League title, you can expect people to talk about that for days. It happens in Manchester and in every other city where the fans are so passionate about football.

It’s fair to say that Manchester City will be the deserving winners of the Premier League; the amount of points they have won week after week just made things impossible for the rest of the teams. But this win takes us closer to the second spot, which is our goal right now, and gives us lots of energy for the last month of the competition. If we have a look at the calendar we can see that there are only five weeks remaining, and then the FA Cup final that we dream to play.

But the most immediate game in the calendar is against West Brom, next Sunday at Old Trafford. I’m sure the atmosphere will be very positive, so we must take the opportunity to put on a good game and a win for our fans. West Brom are the bottom team and that indicates how important and decisive the game will be for them; they need points. Us, we must show why we are second on the table.

There was also a derby in Spain this weekend. Real Madrid and Atlético faced each other in a game that is special too. Barcelona had defeated Leganés on Saturday (there aren’t any more adjectives to describe what Messi does), so Atlético needed to win in order to keep alive the hopes of catching Barça. The game was even in the first half, and a bit more exciting after the break. There were two goals but none of the teams could win, so 1-1 was the final score.

It’s been a Sunday with plenty of sports. Motorcycle racing, Formula 1… But I’d like to highlight the tennis, with David Ferrer showing his fighting spirit and competitiveness. He is a veteran that never lets you down. Spain will be in the Davis Cup semi-finals in September. I’m sure it will be good fun.

This week we’re also going to receive very good news regarding the Common Goal project. We will announce more arrivals and I’m really excited about welcoming these footballers, who show that the movement is very alive. The first round of donations is already reaching the associations and we keep activating new ways to reach more and more people. Our idea is trying to use the immense power of football to improve the lives of millions of people. Thank you so much to those who support and who are getting interested about this team, one that is aiming to become, no doubt, the biggest team in the world.

PS: Tragic week for the world of cycling with the death of Michael Goolaerts at the Paris-Roubaix. Rest in peace. I’d like to wish a speedy recovery to the cyclists that were run over in Capdepera (Mallorca), as well as all my affection and solidarity to the relatives and friends of the person who lost his life. Sadly, we’re seeing things like this quite often. We need to take the appropriate measures.