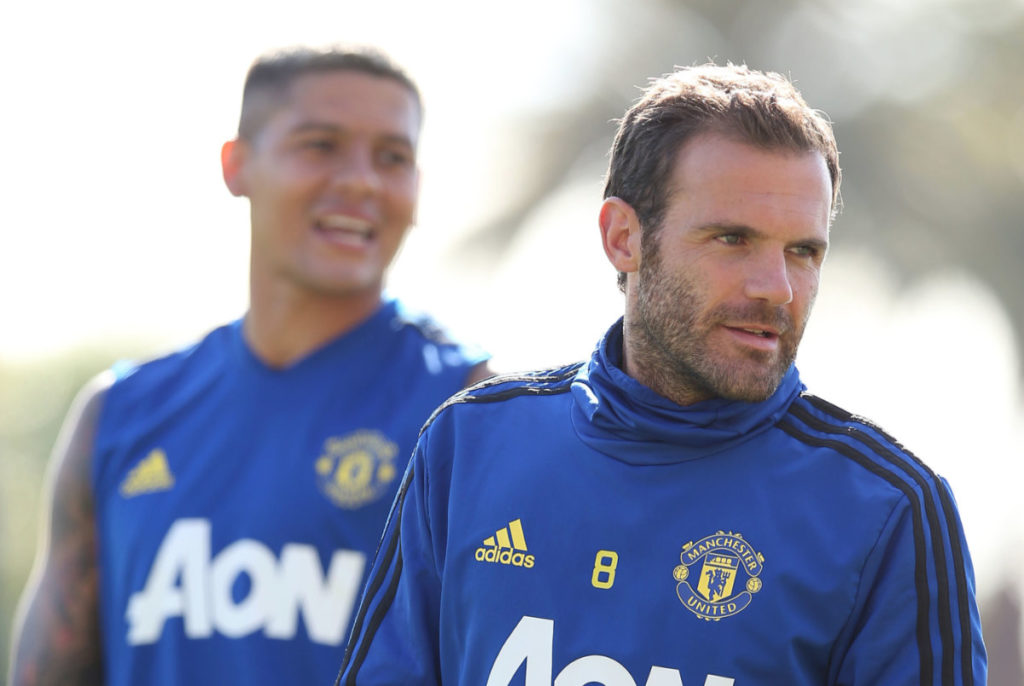 How weird it is to have a weekend without football… Well, there’s been a lot of it, but playing on a Monday definitely means that you experience your weekend in a different way.

We have trained every day and now find ourselves in our team hotel in Wolverhampton, after spending around an hour and a half travelling down from Manchester by coach… As you can imagine, I’ve had plenty of time to watch quite a lot of games after training sessions. In fact, on Saturday, David [De Gea] and I had a footballing marathon of five games: Arsenal vs Burnley, Manchester City vs Tottenham, Celta Vigo vs Real Madrid, Racing Santander vs Málaga (I wanted to watch my friend David Lombán) and Elche vs Fuenlabrada (David wanted to watch Elche, the team he has supported since he was little). We also watched a little bit of Real Zaragoza vs Tenerife, as we wanted to see the debut of our good friend Kagawa in Spain… hopefully he enjoys some good luck there.

From the LaLiga weekend, I would like to pick out Aritz Aduriz. To see a player at this level at the age of 38 (what a goal!) is incredible, it says a lot about the work he puts in daily and his love for the sport. We were teammates at Valencia and with the Spanish national team and Aritz deserves all the good things which have come his way, he’s a great person.

Truthfully, it feels better to watch other games after you’ve already played yours and won, so you can enjoy the rest of them knowing that you’ve done your job. Playing on Monday means that you have to wait. After winning our first league game, we want to extend our good start, although we know that visiting Wolves is always tough. Without needing to look back too far, last season we experienced it on more than one occasion. They are a very hard working team who always compete well against the ‘big teams’. Hopefully it will be a good game and we will be able to take home the three points.

Hugs, and I hope you all have a good week.

P.S: I wish my former teammate Ashley Cole the best after his decision to retire from football. One of the best left backs that I’ve played with. All the best, Ash!