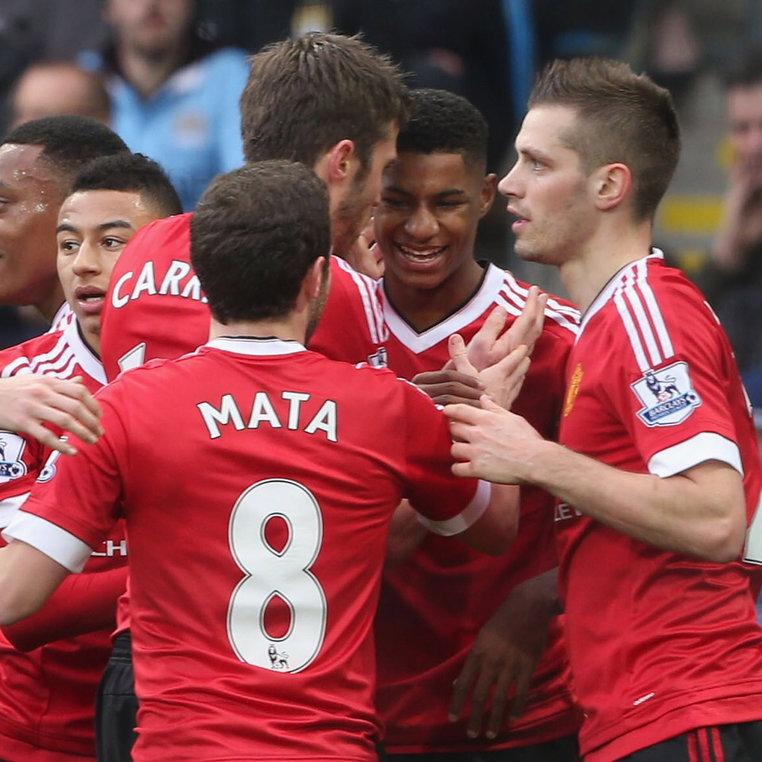 A good way to start the break

I’m happy today, it’s just a few hours after a very special win. These three points are very important for all of us. The Manchester derby is one of the games shown in red in our calendar, and when you win at your rival’s stadium it leaves a very good taste, but especially for the millions of fans that Manchester United has all over the world.

The game was very intense and we took advantage of our best moments of play to seal the victory. I think we looked more experienced than in previous occasions.

In the first half the game was even but after good play, Marcus showed again that he is a great player in the making. We all believe in him although we must remember that he’s still very young and he’s just arrived in the first team. In the second half we has some good minutes but at the end, as we expected, City pushed hard trying to level the score. However, we were able to keep the advantage and finally took the three points that put a smile on our faces before the international break. I think all of us should enjoy the good moments…

I don’t want to overlook last Thursday’s game in the Europa League, our farewell to this competition. I honestly think that we gave everything we got and we believed in the comeback, but being 1-1 at halftime made things very difficult. It was a pity because we had to pay for our bad game in the first leg, but there is nothing we can do now. It’s better to look ahead, try to win as many games as we can and have the feeling we have right now after every match. These last three points offers us an opportunity to fight for a Champions League place.

This Monday I’m joining Spain’s national team in Madrid for a couple of training days to prepare for two friendly games in Italy and Romania. Both are good teams and we have to take these two games seriously. It’s our last meeting before the Euros, which we won in 2012, and these two games are important.

I couldn’t watch the game between Villarreal and Barcelona but I’m reading that it was a great one. No wonder, because Villarreal are doing things very well this season. To me they are one of the big favourites to win the Europa League, where in general the Spanish teams are doing very well.

Before signing off I’d like to thank you for the good welcome to our charity T-shirts campaign that we launched two weeks ago. As you know, the money raised will go to Save the Children Ethiopia. Thank you from my heart, it means a lot to me, thanks. This is not the last time that we will do something like that.

I’ll be back next Monday to tell you about these days with Spain, when I will be sharing new experiences with some players I’ve been playing with since the youth categories. Old pals but with the same desire to win. I feel privileged every time I take part in international duty with Spain.

Hugs, and have a nice week!

PS. I’m happy that Fernando Alonso’s accident was just a big scare without major consequences despite how spectacular it looked. I’m sure he’ll be fighting for the podium soon. Asturians are tough guys 😉