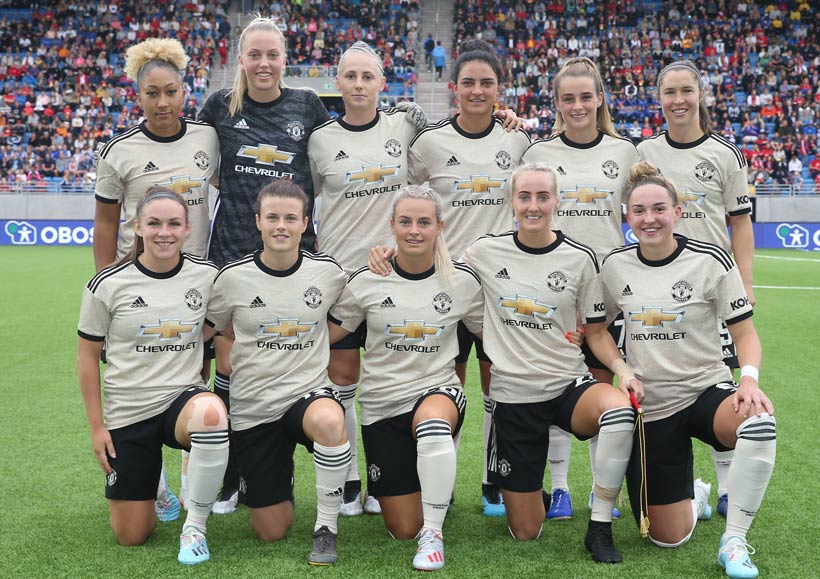 A historic derby in Manchester

As I told you last week, I decided to move this blog to Wednesdays to get away from talking immediately after the results. In fact, I believe that in football today there is a belief (that I don’t share) which goes something like this: if you lose, it seems as though you’ve done everything badly; if you win, it covers up all of the mistakes that you have made. In my opinion, you have to look at things by taking a step back from the games themselves, above all in order to improve. I believe that at the start of this season we are lacking killer instinct to secure more wins, which is something we obviously need to improve and it’s what we will be working on.

I don’t want to let the chance go by to talk about the fact that this Saturday will be a historic day in Manchester. It will be the first time that the women’s teams for City and United will meet in league competition. The match will have Common Goal members on both sides: Casey Stoney, Jane Ross and Siobhan Chamberlain in red; Janine Beckie and Pauline Bremer in blue… without doubt the women’s game is showing us that we can be rivals playing at the highest level of the game on the pitch, but also united for the same Common Goal off it.

PS: I would like to send my best wishes to Giorgio Chiellini, who picked up a serious injury and will be spending a long time away from the pitch… stay strong, Giorgio!