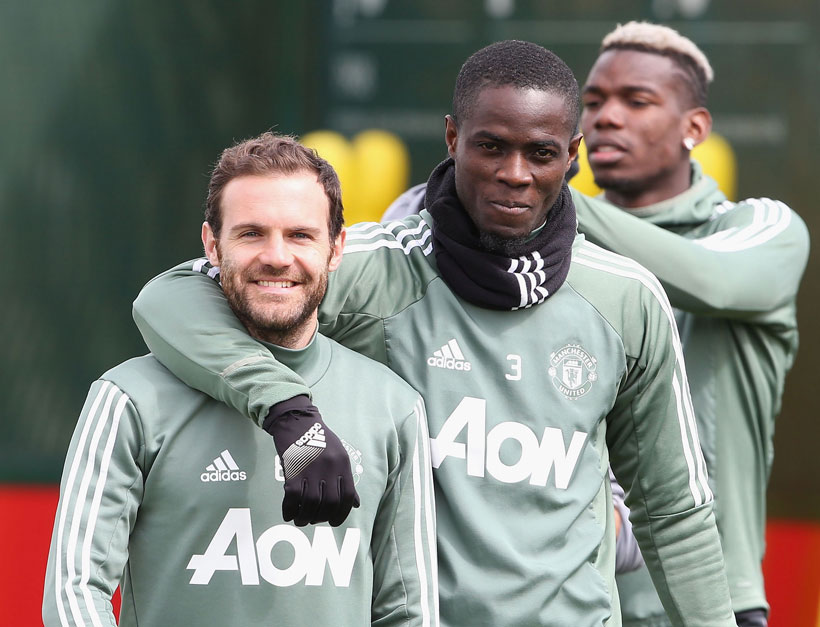 April is coming to an end, and so is this season. It’s still soon to make an analysis of the year, but after games like this Sunday’s at Old Trafford you can’t help thinking that there are only four more games to play and that the end of the season is very close. We want to finish in the best possible way.

The win against Arsenal in stoppage time takes us a little bit closer to secure the second place, which is our goal since we knew that we couldn’t mathematically win the Premiership. These three points were very good for us, in a game that was the last one of Arsène Wenger as the Arsenal manager at Old Trafford. In 22 seasons he’s been through everything in this stadium and I think that at the end the football world is showing to him the affection that he deserves. A lot of things have changed with him in the Premier League, he was an innovator and it’s fair to admit that he has contributed so many things to English football, and to thank him for that. Also, in this game I could see Mkhitaryan again, to whom I wish the best. He scored a good goal that he didn’t celebrate, and Old Trafford also showed its affection to him :-).

Now we have two away games in a row and then we will close the season at home. First of all we will visit Brighton. They’re having a commendable performance this season but they’re still figthing to avoid relegation, so that gives us an idea of how tough the game on Friday is going to be. We will try to get three points that allow us to secure the second place regardless of any other scores.

The bad news was Lukaku’s injury. He is (and he’s been) a very important player for us this season, I hope it’s nothing serious and he can recover soon.

In Spain, Barcelona was able to win at Riazor to secure the league title. They are the deserving champions because they have had an extraordinary consistency in La Liga this season, where they haven’t lost a single game. That’s really difficult to do, because every team goes through ups and downs during a season in terms of performances and results. Being always at a good level in such a demanding competition is very complicated and they have been able to do so. Congratulations to them. In that game we could see the two sides of football. A historic team such as Deportivo was relegated and, despite that, they showed their greatness by giving an unanimous ovation to Andrés Iniesta, a few days after his announcement that he’s leaving the Spanish league. It was a well-deserved ovation to a unique player, a footballer that you will see once in a lifetime, and in that situation it says a lot about the Deportivo fans. They may have been relegated but they showed that they belong to the First Division.

30 today and not much has changed ?? Thank you all for your birthday messages! ?⚽❤ pic.twitter.com/Sz4dPeJO9d

I want to take this opportunity to thank you for all your messages on my birthday. You made my day… even if I turned 30 😉 I still feel like a kid!

Have a nice week.