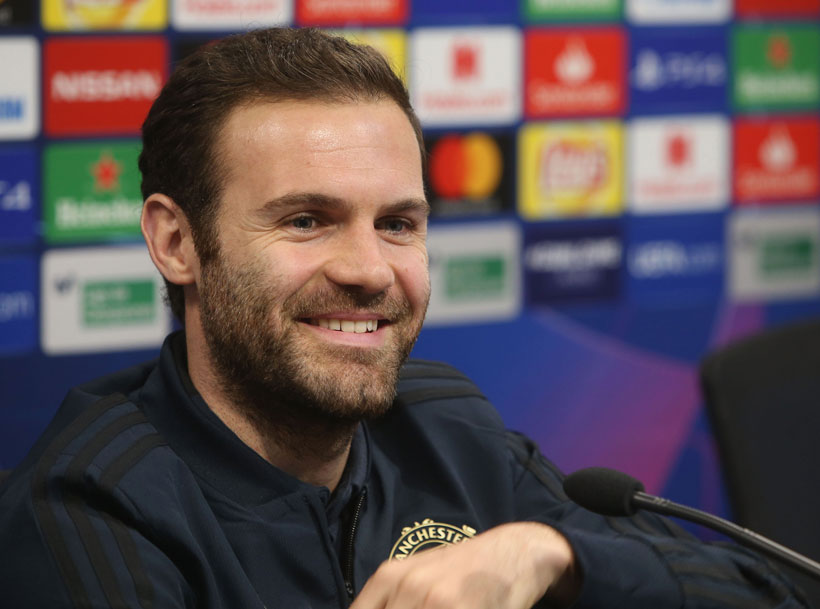 Today I am writing this at the start of a very special week for everyone involved. All eyes are on Wednesday. The quarter-final stage of the Champions League against Barcelona is, without any doubt, a huge challenge that we have ahead of us, but we are heading into it with excitement and motivation, and it couldn’t be any other way. It is one of those ties which you dream of playing when you’re a kid. We must be competitive and prepared to battle, but we also have to enjoy it.

As you can imagine, we are preparing for the game with cool heads, but at the same time we are training with plenty of intensity. We sense what the fans are feeling in the days leading up to the game, and we are sure that the atmosphere at Old Trafford on Wednesday will be incredible. We come into this week having lost in the Premier League against Wolves, so it goes without saying that we are aware that if we aren’t at our best, fully concentrated and prepared, it will be tough to get a positive result.

Personally, I feel good, I have fully recovered from the injury which I picked up a few weeks ago and I am motivated to finish the season well with my teammates. I have faced Barcelona many times during my career, with lots of different results in many different competitions… but it is impossible to forget the Champions League semi-finals in 2012. I have also been fortunate enough to score against them and I know that any games against such a big opponent are always special. It is obvious that they are having a great season, they are in the Copa del Rey final and close to winning LaLiga after beating Atlético de Madrid at the weekend. They are undoubtedly a great team, but we will give everything we can to tip the balance in our favour and progress to the semi final. As the boss says, this tie can be seen as a mountain – but they are there to be climbed.

After mentioning LaLiga, which Barcelona are closing in on winning, I would like to send positive thoughts to Joaquín Caparrós. He is a coach who I have faced on various occasions in Spain and he shared on Sunday that he is battling leukaemia. He is a person with a lot of character and I am sure that he is prepared to face this illness.

Hugs, I hope you all have a great week. Hopefully ours will be too!

P.S.: Thank you to all of the people at Classic Football Shirts for the exhibition about Common Goal that we opened up this week with Casey Stoney in Manchester. If you’re passing by, don’t forget to visit their shop, the exhibition will be there during the coming months and I’m sure you will love it.