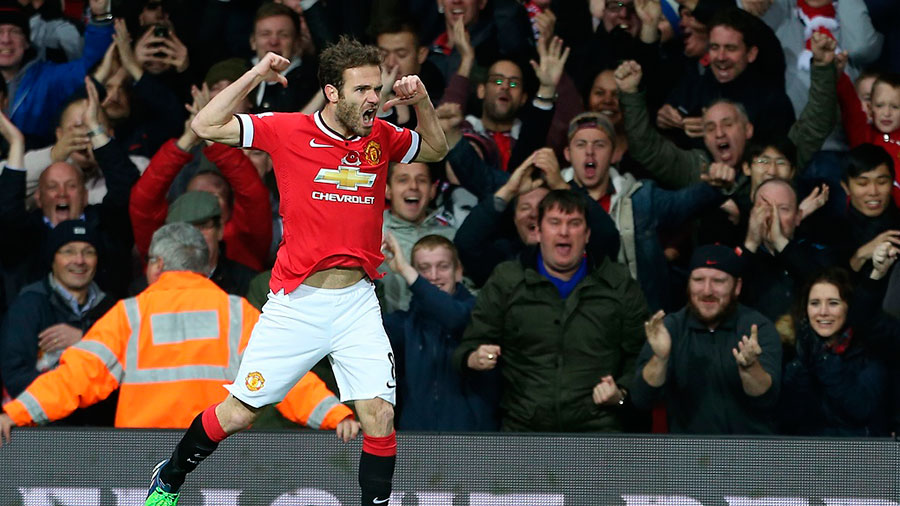 An explosion of joy

Today, following our important win on Saturday, it seems a bit easier to be here writing these lines about what has happened during the week. The feeling of scoring a goal in Old Trafford is nearly impossible to describe, but I can tell you that is very special… It’s like an explosion of joy shared with everybody in the stadium, the players and the crowd. Even more if your goal secures the three points!

Winning this weekend was very important. We came from a few weeks without victories and these three points take us near the teams at the top, and encourage us to keep working hard and improving our game. Obviously, we know there is still a lot to do in order to get where we want to, but it’s easier when you win.

We are already thinking about the next game, and it’s a big one, in London against Arsenal. I hope we win again and show consistency in our results.

Now, changing the subject, I had two different, special dinners during the week. The first one was the club’s Gala Dinner to raise money for UNICEF. It was a really nice event and all of us had the chance to make contributions to the Organisation. For many years, UNICEF has been working to improve the lives of children worldwide. It’s a remarkable job. Manchester United and UNICEF have been partners for 15 years already.

The other dinner, on Saturday, was to celebrate David de Gea’s birthday and we had a very nice time. It’s always good to chill out with friends after playing a tense game, especially if we have won. And David is not only a team-mate, he is also a very close friend of mine.

I wasn’t able to watch other football leagues on Saturday, but I did watch the highlights of the Real Madrid and Bayern games. Barcelona won too, but had to struggle a bit more to beat Almería. On Sunday, I followed Sevilla’s crazy game, and also the goalless draw between Valencia and Athletic.

You may have seen on my Instagram account that I had some time as well to explore the area around Manchester. Like the Bridgewater Canal by Little Bollington. I fully recommend it if you want to switch off from everything 😉

I take this opportunity to send a big hug to all of you and, as always, to thank you for your tireless support at all times. I always try to have good things to share with you and I hope to keep talking about them on this blog.

See you next Monday. Hugs!

PS: I also want to congratulate Álex Márquez, the new Moto3 champion, who has completed a “hat-trick” for Spain in the World Championship this season, alongside his brother Marc and Tito Rabat.