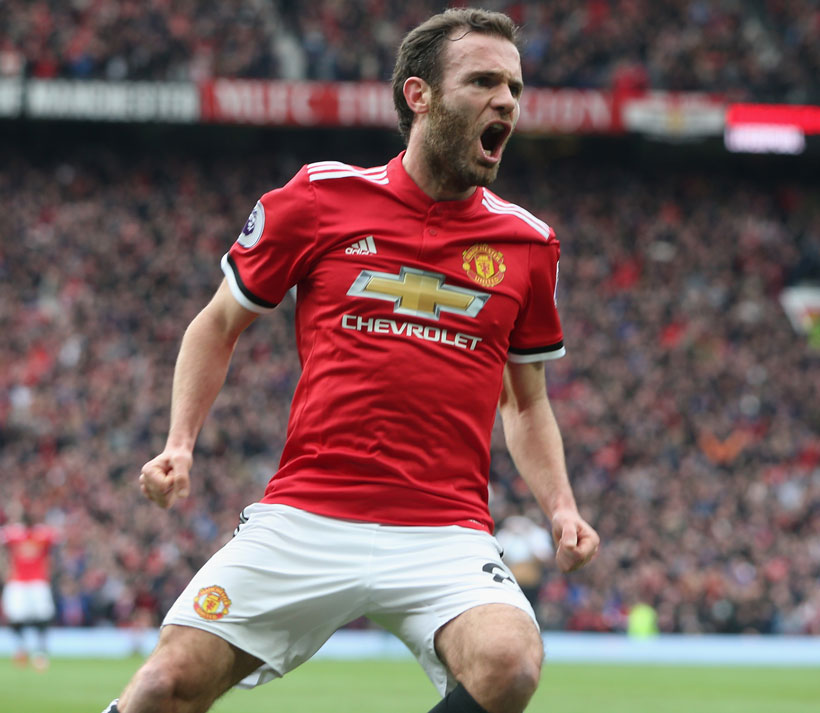 This time I’m writing to you with that smile on your face that is the result of the two wins and the good atmosphere within the team. Those two victories were very different but both of them very valuable, and they make us feel optimistic for what’s coming next, which is intense and exciting. Defeating Crystal Palace in the extra time after going 2-0 down has been, for me, one of the moments of the season, with the team showing its ambition, character and personality. A win in these circumstances is always a boost of morale, and it definitely helped us in the second game… None other than Liverpool, that game that is so special, the derby.

The one Saturday, at Old Trafford, was a different, massive game, one of those that you dream about when you are a kid… How lucky we are to experience it at first hand! With the atmosphere of the big days, we felt a lot the support of our crowd and we were able to get the three points thanks to two great finishes from Marcus. That night, as you can imagine, appart from relishing the win I thought about that scissor-kick than I couldn’t turn into the third goal… To be honest, after watching it on TV I think it was easier than the one I did at Anfield a couple of seasons ago, but I couldn’t get in touch with the ball as well as I wanted. It seemed as it was going in but it went wide not far from the post… Those actions last a few seconds, it all happened very quickly. It was a purely instinctive decision to go for that overhead kick when I saw Alexis’ pass and the ball coming towards me at that height… It was a pity, but luckily we didn’t need to score that third goal in order to win :-). There will be other chances ;-).

And after a week with two big games, what can we say about the next one. First against Sevilla, on Tuesday, when we also need the support from Old Trafford to get the win and make it to the next round. For the club and for everybody it’s important to move forward in the Champions League and to feel that we are up there, alongside the best teams. I’m sure Sevilla feel the same way, and they already showed in the first leg that they have players and football to make things difficult for us. They’ve been performing very well in Europe for many years and they are very competitive. I hope the Red Devil family can enjoy a great night.

Four days later we will face Brighton, again at home but this time the goal will be to be in the FA Cup semi-finals. Despite their defeat last Saturday, they got quite a few wins in February and they are in a good position to stay in the Premier League, so I’m sure they will fight hard to make it to the next round.

Meanwhile in Spain things remain the same, and neither Barcelona nor their main rivals (Atlético, Real Madrid and Valencia) dropped any points. The Champions League spots seem to be well defined, although with 10 games still pending there’s plenty of time to see more changes.

In Italy, the tributes to Davide Astori were really moving, especially the people at the Artemio Franchi giving and standing ovation to their captain during Fiorentina’s game. It’s so sad to lose a sportsman like that, in the best moment of his career and with so much life to live.

I’m signing off now, but before that let me send all my support to Spain’s national rugby team. After a big win against Germany they need just another one to be in the World Cup in Japan. More and more people in my country are following the team and it’s great to see the stands full of fans. I hope you guys can win in Belgium and enjoy the World Cup.