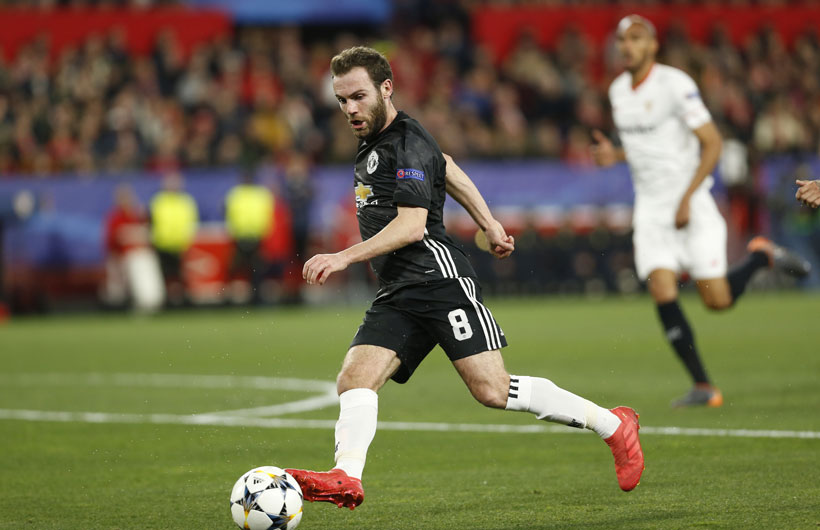 A comeback at Old Trafford

It’s just a few hours since I came home from Old Trafford after playing Chelsea, a game that is special and will always be special for me. It was an even game, very intense too, and we managed to win and to get three points that are very important for us. A victory at home is always more satisfying because as soon as you leave the dressing room you see everybody around, your fans…, and they all have happy faces. It’s a great feeling, even more after a comeback against such a good team. We were able to recover despite Willian’s goal to get the three points that keep us in the second place of the table.

This win puts an end to a crucial week in which we also visited Sevilla in the last 16 round of the Champions League. The goalless draw will demand a great game from us at Old Trafford, as we already knew, if we want to get to the next round. With the support of our fans, I’m convinced that we will give everything to make it, even though Sevilla is a very talented team as we know. By the way, I take this opportunity to thank Sevilla’s supporters at the Sánchez-Pizjuán for their treatment and applause when I was substituted. It was nice.

Anyway, we still have to wait a few days for the Champions League. Before that, we have the whole week to work well on the game against Crystal Palace that is scheduled for next Monday. They are in much need of points and for us this is the typical visit that shows the toughness of the Premier League. Selhurst Park is not an easy stadium to play at, and I’m sure it will be a difficult game for us. I keep good memories of my games against them, especially that final at Wembley that we managed to win after a comeback.

In Spain, Barcelona keeps the pace at the top in yet another great game from Leo Messi, this time against Girona. The biggest value of his performance is the feeling that this is something usual. When you see Leo playing, everything looks so easy… It’s amazing. Real Madrid were also at their best, Cristiano Ronaldo in particular, in the win against Alavés. Meanwhile, Valencia defeated Real Sociedad to stay at the top side of the table. From the rest, I take the penalties saved by Asenjo, Kepa and Diego López. We have great goalkeepers in Spain although, as you know, my opinion on who’s the best is quite clear… ;-).

Aside from football, tomorrow is an important day because it’s the Laureus World Sports Awards ceremony. There are eight categories and any of the nominees would be a deserving winner, so my congratulations to all of them regardless of the final result. Behind this annual event, and this is something that I’d like to highlight, is the work of the Laureus Foundation, with which I cooperate and share the philosophy that sports have an extraordinary power to make this world a better place.

We’re delighted to be included on @FastCompany‘s Most Innovative Companies list alongside such an inspiring group of peer organisations! Let’s make the #GlobalGoals a global reality by 2030 #CommonGoal ? https://t.co/yWpCu5PguU pic.twitter.com/dvrimXn1ny

This week has also been very positive for Common Goal. The movement has been recognised as one of the most innovative organisations in 2018 by Fast Company, a media brand related to technology, design and business. This award is encouraging for us in order to keep moving forward, step by step. In the next few days we will be able to give you more updates on Common Goal that I’m sure you will find very interesting.

I’m signing off now. I wish you a great week.