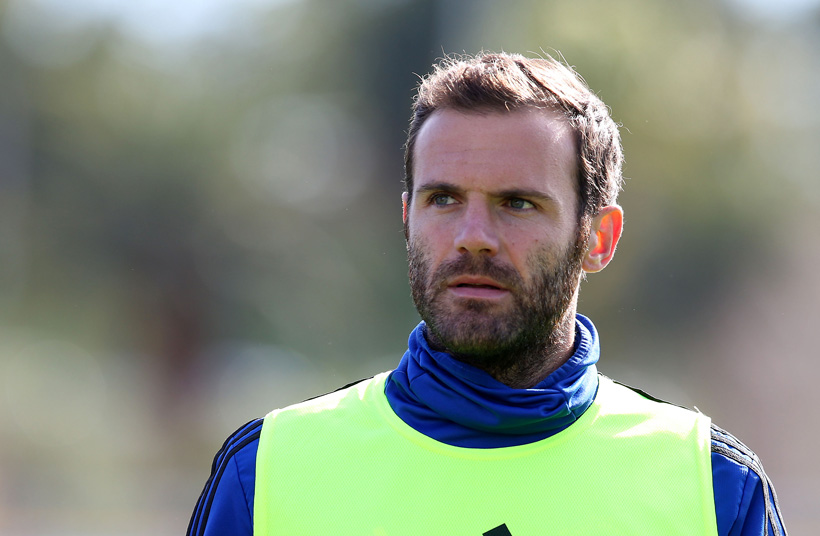 Today I want to start by explaining that after seven years of writing my blog posts on Sundays and publishing them on Mondays, I have decided to post them on Wednesdays each week from now on. I feel as though posts on a Monday were too focused on the last game, for better or worse, and I believe that it is always good to take a step back to look at things with further clarity.

Obviously, today I would have liked to have been writing after a win as I have done many times, but that’s not the case and it is something that has to be accepted. Defeats are a part of football, although we feel like this one arrived too soon. Fortunately, we have the rest of the season to fix our mistakes and improve.

Exclusive Juan Mata interview: ‘Playing for Manchester United is a privilege – I want to bring this club back to where it belongs’ https://t.co/oWhS8fBAcY via @telefootball

On the other hand, I would like to mention that last week I had an interview with Jason Burt from the Daily Telegraph. We talked about a lot of different things. Among them, we discussed last season and the weeks leading up to my contract extension. I told him that given the situation it perhaps would have been easier to leave, to accept that I did not arrive at Manchester United at the best point in their history and not renew. However, I believed, and still believe, that it was worthwhile to stay, to work so that this club returns to fighting for big trophies. I want to be here, working so that Manchester United can get back to what it used to be. This is my mentality and the idea I have in mind. I feel that this was also the mentality of the people who made this great club what it is, and that is why it is so unique and special.

There’s nothing else to mention today, thank you for always being here!

P.S: I want to publicly congratulate Eric Cantona, who will receive the UEFA President’s Award next week for his commitment to Common Goal, amongst other things. As a mentor for the movement, it is an honour to be on the same team and to share ideas about how much football can help to improve people’s lives. Congratulations, King Eric!