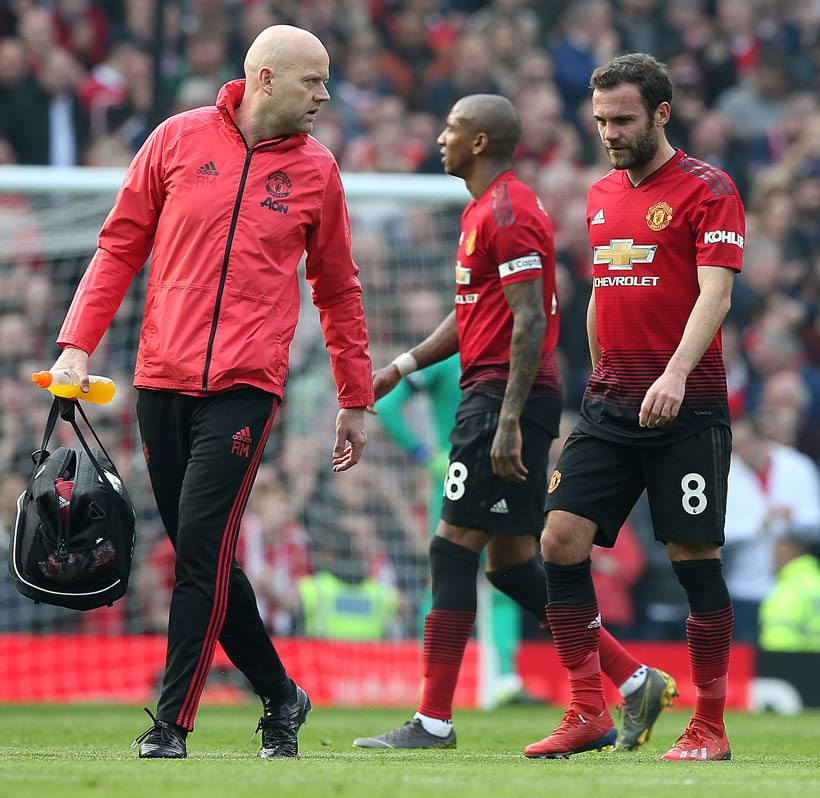 Everything was against us, but we are United and we fight until the end

Today I am writing this back at home, disappointed to not have been able to finish the game, but proud of the bravery and strength that my teammates showed as they gave everything on the pitch to take a point that looked incredibly hard to secure at the end of the first half. Everything possible seemed to happen to us.

If there is a game that no United players want to miss, it is when we play Liverpool, but you have to accept that injuries are a part of the sport. Luckily, I can’t remember having faced a similar situation in a game and that is after more than 12 years as a professional, it is the first time that a muscular injury has forced me off during a match.

In reality, I have to be grateful, as it is an uncommon record for a football player, but this one came during a derby. It was a shame, and on top of that it wasn’t the only injury – Ander and Jesse both had to go off for the same reason. It was incredible that all of this happened in just the first half. It wasn’t the dream start we’d imagined for such a big game, but the team competed well despite the injuries and we even had the better goalscoring chances.

One @ManUtd legend on another!@Pschmeichel1 pays tribute to @D_DeGea who now has ? #PL clean sheets pic.twitter.com/8aFFp1MbQN

David kept another clean sheet to hit the milestone of 100 in the Premier League. He keeps on making history. The fans supported us brilliantly in the Theatre of Dreams, as they always do for the big occasions, and I believe they appreciated the efforts of the team and the point we took in a difficult situation given all of the injuries we suffered. In terms of my own injury problem, I could feel something for a few minutes and I hope that I didn’t make it worse when racing to stop Salah on the counter at attack (I had to do it!). I’m hoping it isn’t anything serious. I will do everything that I can to get back as soon as possible.

Thank you so much for all of your support and for all of the messages that have wished me a speedy recovery. I hope you all have a great week.