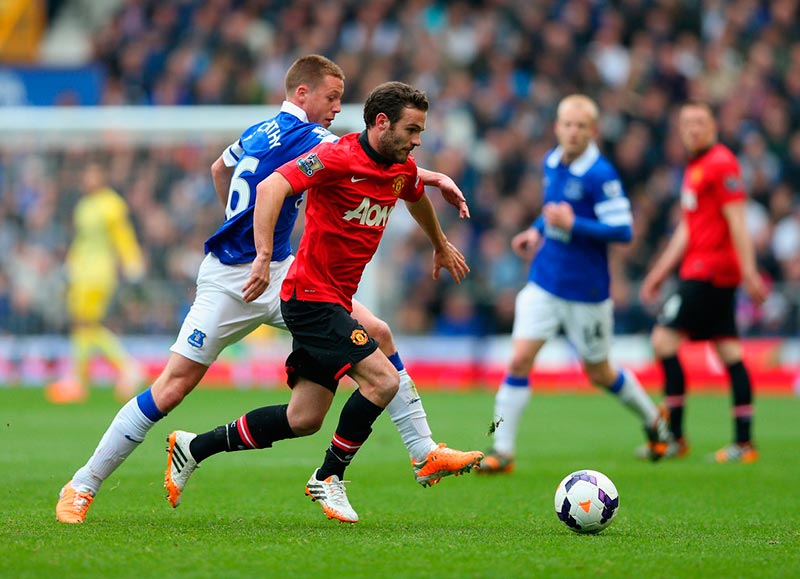 Falling down is allowed, getting back up is mandatory

I do know that you may win or lose, that this is sports and it’s part of the game. But I hate this feeling.

I feel very disappointed today. This is how you feel when you spend two weeks waiting for a game, getting ready for it, and then things don’t go the way you wanted. It happened in Goodison Park and the truth is this is not the first time, as you know. Honestly, everything looked good at the start and we were looking forward to winning the game for our fans, but their first goal from the penalty spot came as a blow. For them it had exactly the opposite effect: Everton got more confidence, especially after scoring a second goal, and since that moment the script of the match went to fit their needs.

Despite our efforts and the chances we had by the end of the game we didn’t manage to come back, and what the Premiership table shows now is something that neither the club nor the fans deserve. We will keep fighting until the end, that’s the least we can do because I honestly think that we owe many good results to our supporters this season, mainly in Old Trafford. There are three games remaining at home (Norwich, Sunderland and Hull City) and the last one in Southampton. To get as many points as possible and finish as high as we can on the table is, unfortunately, the only goal ahead for us.

So far we were the more reliable side in the away games, but the streak came to an end this Sunday and it’s fair to say that Everton deserve a lot of credit for their season.

I also want to congratulate Real Madrid for winning the Copa del Rey last week. Meanwhile, in la Liga, Atlético gets closer to the title thanks to another win, although Elche were tough to beat.

In the last seven days we got very sad news with the passing of Gabriel García Márquez, one of the best writers in history for sure. His novel “One Hundred Years of Solitude”, among others, will remain immortal.

We also suffered the loss of Rubin “Hurricane” Carter this Sunday. His fighting for justice has inspired many people throughout the past years. Rest in peace both of them. We will never forget them.

I say goodbye now looking forward to the next game. I hope it comes as soon as possible because, as you can imagine, this bad taste makes me mad. And, of course, I thank you for all your messages of support in the good moments and, especially, in the bad ones. Without you everything would be more complicated.