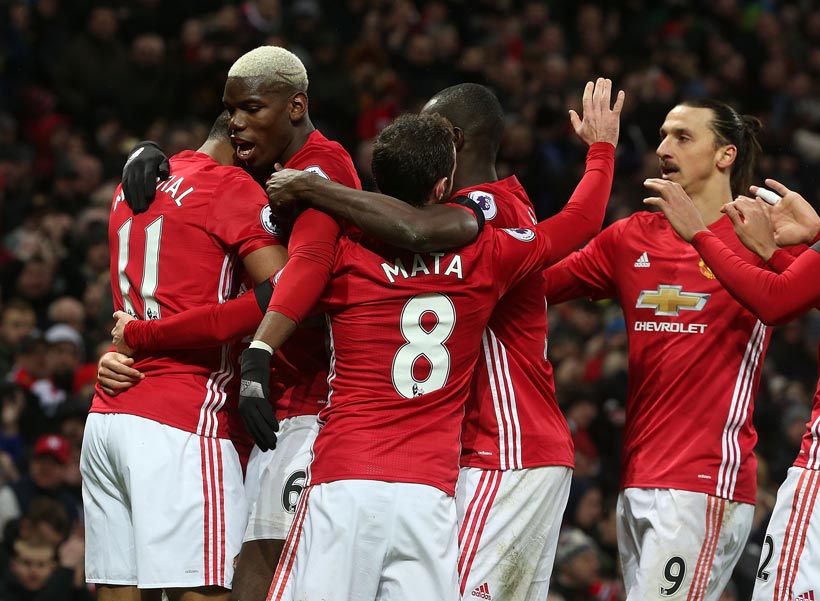 A few weeks between Europe and the Cups

We’re heading into mid-February and into the most decisive part of the season, when you can start to foresee whether a certain team is likely to get to their goals or not. In our case, I feel that the team is approaching the last few months of the season on the same wavelength. Our win against Watford, the third consecutive game without conceding a goal, shows that the team is feeling good, it’s united, motivated and looking forward to carry on. We are already in the second half of the season and the full squad is convinced that, if we keep the same way, we can get many more victories until the end of the season.

The win against Watford was really deserved. All due respect to our opponent, I think we deserved the three points, and I had an extra reason for joy because I was lucky to open the score. It was a nice collective play that I was able to finish with my left foot while my right boot was coming off. When I run to celebrate the goal with my team-mates the boot was already off… so I just took it and threw it in the air. You don’t really know what you’re doing when you score… Anyway, I read that my celebration had been premeditated, but it wasn’t, although I’m sure my friends from Adidas did like it ;-). The most important thing is that the team enjoyed, especially in the first half, and that it turned into good football, with several chances to score and, this time, also a good result.

After a ‘quiet’ week, now we have two games in seven days. Actually, none of the next four games are of the Premier League. The competition will be back for us in March. We have the Europa League this coming Thursday and the FA Cup on the weekend, followed by the second leg against Saint-Etienne and the EFL Cup final at Wembley against Southampton. The best thing to do is to focus on the first game, that’s the most important one right now. We have to get the best possible result at Old Trafford against Saint-Etienne. They are one of the most successful teams in French football, not only due to their titles or the European Cup final that they played once, but also because the team was a phenomenon during the time Platini was in the squad. What matters, though, is that they are currently one of the best teams in their country and they have overcome a really tough group in the Europa League. We are looking forward to this tie and to keep moving forward in the competition.

Then, on the weekend, we will visit Blackburn Rovers in the FA Cup, another historic team. I was a seven-year-old kid when they won the Premier League in 1995, but I remember that in those years, when they had Shearer, people in Spain were starting to follow the Premier League more closely. On Sunday we want to show how much we care about the FA Cup and make it to the next round.

Talking about Spain, we’ve just found out who is going to play the Cup final. I have to highlight that Alaves, a humble club, will be fighting for the title against Barcelona. I’d say it looks more like the FA Cup, when it’s not unusual to see a team like Alaves battling in the last few rounds. Congratulations to the people of Vitoria, I know this kind of achievements are very special in a relatively small city like this one. In the Alaves game this weekend we watched Aleix Vidal’s serious injury, and a few hours later another one with Tano in Pamplona. Here I send all my support to them, I hope they have a good recovery and can be back on the pitch soon.

It’s time to go to bed now but first I’d like to give you a tip: keep an eye on my social networks this Monday because we’re going to release part of a special document with a great Manchester United fan. I hope you like it!

PS: Before signing off I’d like to remember the victims of the tragedy in Uige and to convey my deepest condolences to their families and friends, and my solidarity with the Angolan Football Federation.