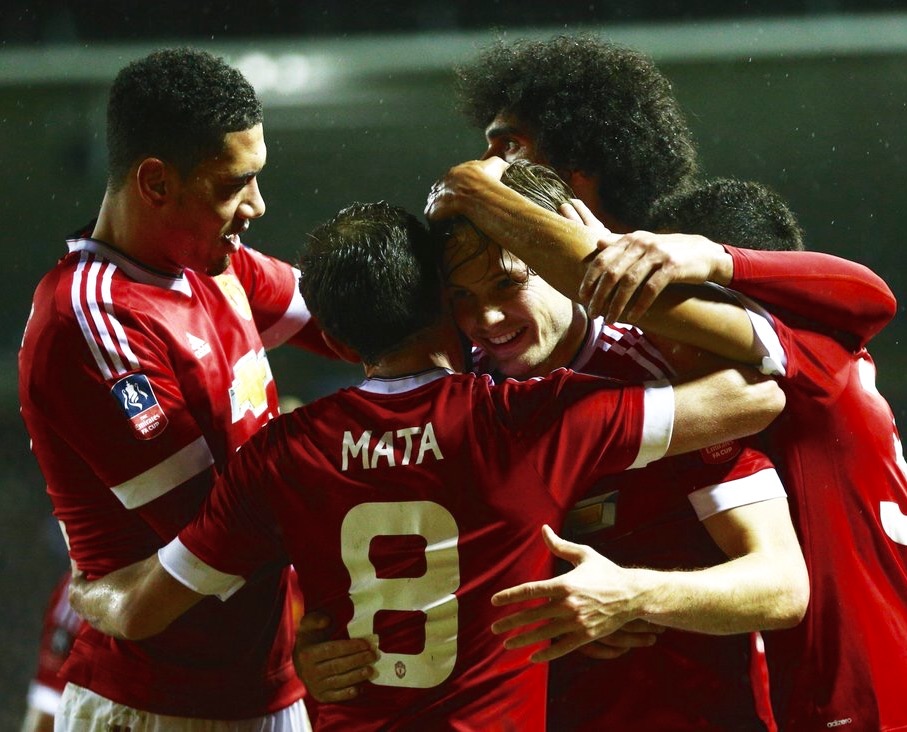 January is now over. It hasn’t been an easy month but our victory in Derby leaves a good taste because it means a boost of energy for us: we move onto the next round of the FA Cup and also the team had good feelings and I think we played a good match. In the first half we controlled the game and got a great goal from Wayne. Later on they tied the score, but in the second half we showed a desire to win and were able to close the game. As I said, it was a very positive win with a more dynamic, fluid style that we hope to maintain from now on. By the end of February we will have to beat Shrewsbury Town if we want to be closer to Wembley… I hope we can get there, I really want to experience again the special atmosphere of that stadium. But right now we have to go step by step and think only about the next round.

Besides, there is no time to enjoy the win in the FA Cup because we are already focused on our game against Stoke tomorrow. This is a very busy month with seven games and our aim is to try to win them all, starting with Stoke, who beat us in the first half of the season. They have a team with many talented players who have changed the way they play football with regard to the last few seasons and it’s working well for them. We are looking forward to a new win in Old Trafford and, from now until the end of the season, we have to be strong at home and don’t concede any points…

We will close the week with a special game for me… Going back to Stamford Bridge brings me many and good memories and, although I already played there last season, it’s always special to be back to a stadium where I played so many games during my first few years in England, and in front of a club and a crowd to whom I will always be grateful. Obviously, having said that, my only goal is to win. I think a victory against Chelsea in their stadium could be very important for us and we will try our best to get it.

In Spain, the main game this weekend was Barcelona versus Atlético. The away team deserves a lot of credit for pushing until the end with only nine players, making things difficult to Barcelona, who at the same time keep showing how reliable they are. They don’t need to play well many minutes to win games. Their advantage can be good if they know how to manage their effort and emotions between the Liga, Cup and Champions, which is not easy at all.

Meanwhile, Real Madrid got another solid win with many goals in the Bernabéu, and Valencia, after getting to the semifinals of the Spanish Cup during the week, lost in Mestalla against Sporting. It’s a complicated season for Valencia and they have a big challenge in the Cup, but I’m sure the fans are all very excited about being so close to play the final.

I also want to send my support from here to Javi Martínez, who will have to stop a few weeks with another knee injury. I hope it’s nothing serious and he can be on top form very soon…

Away from football, this has been a good week for Spanish sport. First of all, Javier Fernández won his fourth straight European figure skating championship, and he deserves a lot of credit for everything he’s achieving because this is a sport with not much tradition in my country. Also, the handball national team lost the European final against Germany but they have played a great tournament and that’s something we are very proud of.

January is now over. The month was marked by the sad news of David Bowie’s passing. In the last few days I have been revising some of his works (I think ‘Space Oddity’ is a fantastic song, and ‘The Rise and Fall of Ziggy Stardust and the Spiders from Mars’ a great album), and I wanted to ask you, as I said on a video, which is your favourite Bowie’s song or album.