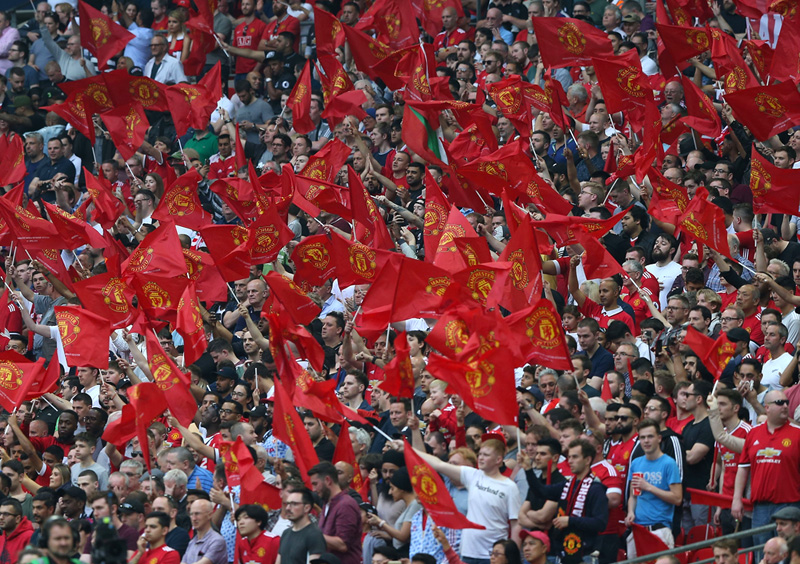 Four games and… back to Wembley!

Two wins in the same week, including the ticket to the FA Cup final, have been a boost of confident for the team in order to face with optimism the last five games: two games at home, two more away and the visit to Wembley to close the season.

The victory in Bournemouth was important to remain strong in the second spot of the Premier League table. Winning the title must be the goal of Manchester United always but, since we won’t make it this year, we have to keep hold of that second place. The semi-final against Tottenham was the best way to complete a positive week because it gives us the opportunity to play for a very special title. I’ve been so lucky to win it twice and I can tell you that it is something different, in a competition with so much history behind, at Wembley…

Last Saturday was strangely warm for April, and I saw the trouble that the high temperatures caused in the London marathon the following day. Spurs are always a tough opponent. They are a compact team, with a well-defined football style and very talented players. And they scored first, but we were determined to fight for this title until the end and we came back with goals from Alexis and Ander. We will be back to Wembley in a month, this time against Chelsea, which makes the final even more special for me.

This coming weekend we have a big game in the Premier League: Arsenal at Old Trafford. Again, we will have to be at our best to get three important points. This game comes soon after Arsène Wenger’s announcement that he will leave Arsenal after so many years in the club. All my respect and my best wishes to him for the future. As a manager, he is without a doubt a legend in English and world football.

In Spain, the Cup final was won by Barcelona, who didn’t give Sevilla a chance. That’s another title that I’ve been lucky to win. Precisely, the other day marked the tenth anniversary of that final and I really hope that Valencia can play it again in the following seasons. Congratulations to Barça for the title, and to Sevilla for a great tournament.

In England I’m asked every now and then about the fact that the venue for the Cup final in Spain changes every year. Actually, it happens in many other countries too. On the one hand, it’s nice that different cities can enjoy a game like this, although having a fixed venue like Wembley, if there’s unanimity about it, helps to make that place different and special. It’s an interesting debate…

This weekend I don’t want to forget about two teams with great fans: Málaga and Las Palmas. They have been relegated in the last few days but I’m sure that we will see them back in the First Division very soon. All my encouragement to their players and supporters.

I’m signing off now. I hope you have a great week.

PS: Tim Berg, Avicii, one of the greatest of electronic music, suddenly passed away a few days ago at the age of 28. May he rest in peace.