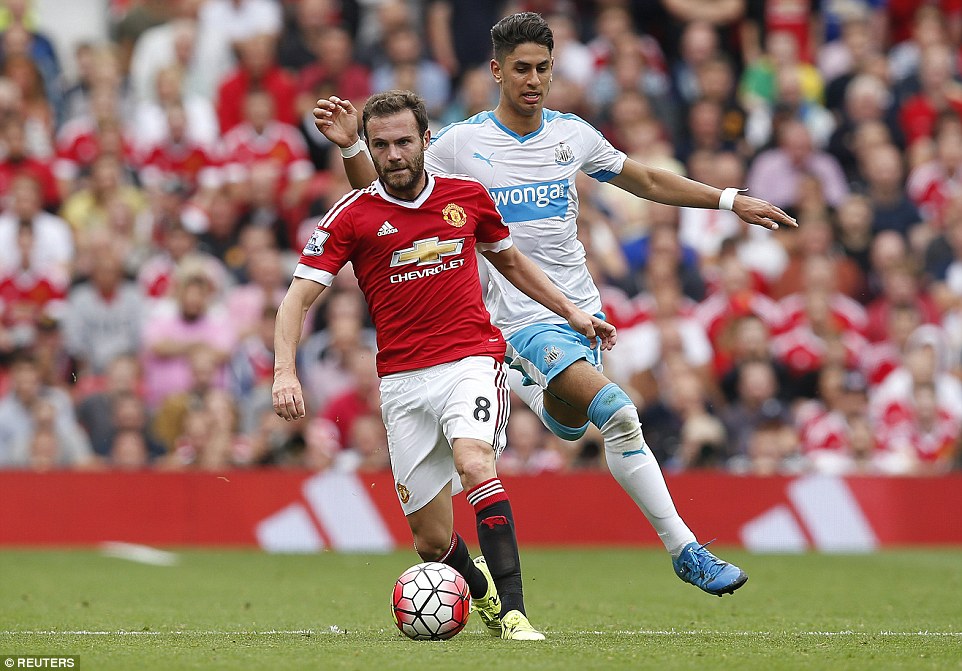 Hopeful ahead of a key date

It’s still August but the activity is very intense already and there is no time for celebration or mourning. As you know, our goal last week was to keep our winning streak, but we couldn’t make it. We got a good result against Club Brugge, especially if you take into account that things had turned bad after an unfortunate goal against us. Then the team showed character to come back, but we know there is still a lot of work to do in the second leg this coming Wednesday. We are really looking forward to it, we want to play a good game and seal our passport to the top competition in Europe.

As I was saying, we weren’t able to get another three points in the Premier League. The goalless draw against Newcastle last Saturday left us with a bad taste; personally I think we deserved to win but that doesn’t count… In my opinion the team had spells of our best football so far this season, and we created enough chances to score at least one goal. From a personal point of view, I felt very comfortable and was able to participate a lot, but I went home enraged for not being able to win, same as my team-mates. We need to win this kind of games if we want to be more consistent than last season… The good news is that we are strong in defence and we haven’t conceded a goal in the Premier League. Seven points out of nine is not a bad start, we have to be positive and keep moving forward.

However, as I said before, it’s time to focus on our final in Belgium and try to get our first main goal of the season.

In Spain, la Liga has just started. Both Real Madrid and Barcelona played away from home and they didn’t have easy games: Barcelona beat Athletic 0-1, whereas Real Madrid got a goalless draw in Asturias against Sporting.

To say more about my homeland, seeing Real Oviedo in the Second Division is something I have to celebrate. The team is one step closer to the category they deserve. They have started with a 2-2 draw against Lugo, whose manager Luis Milla is someone I hold in high esteem. I hope this is a great season with good football in the Carlos Tartiere.

Aside from football, my fellow countryman Miguel Ángel López won the gold medal in the 20 kilometres race walk of the World Athletics Championships. That was a good way to start Sunday. Later on I watched the 100 metres final. He was not at a 100% for this event, but Usain Bolt won again. It comes to show that sports legends are beyond the physical state of a specific moment; in many occasions even beyond logic. That’s what happens with this guy from Jamaica, in my opinion one of the greatest sportsmen ever… not to mention that he’s a great fan of United ;-). Congratulations, Usain!

It’s time to sign off… Thank you, as always, for your support and have a nice week. I hope to have good news to tell you next Monday!