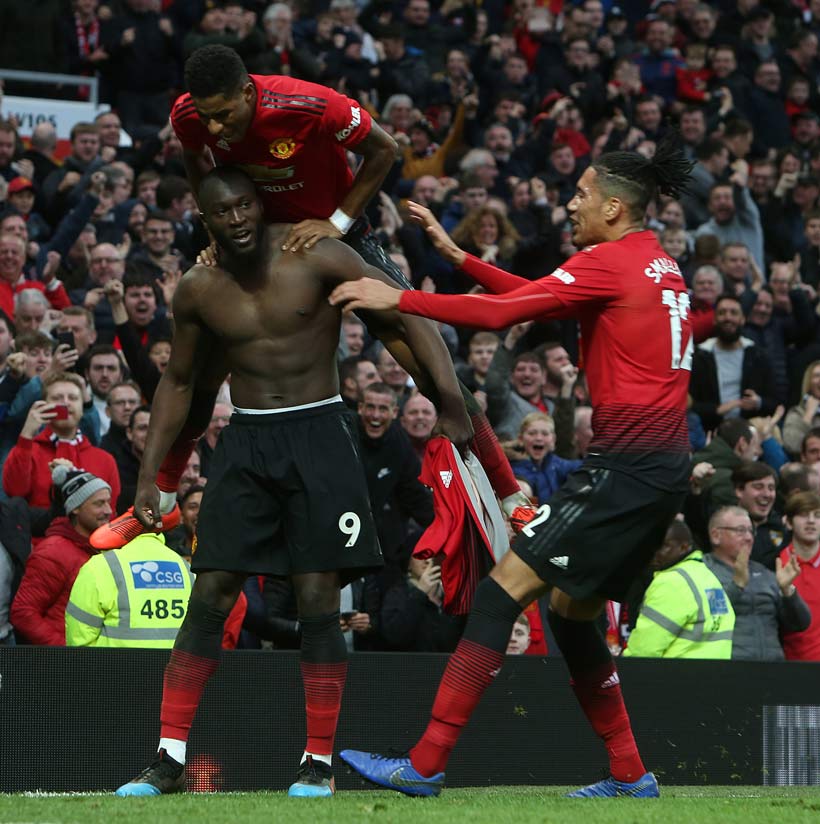 How I celebrated Romelu’s goal

I’m writing this today after one of the strangest weeks that I’ve had, on an individual level, in years. As I told you a week ago, I’m not used to being injured. The week has crawled by without being able to train with my teammates. I’ve been around them each day, of course, as I am going through my recovery at the training ground, but it’s not the same.

It is hard to not be able to contribute, and even more so during a week with two games. To everyone’s delight, the team have been doing well out on the pitch, showing that we are all able to compete. On Wednesday we were able to win at a tough stadium like Selhurst Park, where Lukaku scored a brace and James Garner picked out an assist on his debut. Every time that an academy player debuts with the first team, we feel as though this club’s best tradition just keeps on going, making us stronger. James, on top of being a great lad, is a great central midfielder who can pick his passes well and control the tempo of games – hopefully he has a huge career ahead of him.

On Saturday, we won again with a comeback against Southampton. They had a good game at Old Trafford and I really hope that they manage to stay up. It was a game of amazing goals in which, fortunately, we were able to get our noses in front. It is weird for me to celebrate goals in front of the television or in the stands like all of you, but in the end I was obviously very happy :-). It was really important to win this game to help us towards our target for the end of the season, given that our rivals aren’t slacking.

This week, we have two more games… which will probably go by slowly for me again, although I will be supporting the team and carrying on with my recovery process. I’m feeling good about it, every day I’m a bit better and I am working to be back as soon as possible.

PSG and Arsenal are both top opponents to be facing this week. The game in Paris is particularly tough due to the first leg, but we are United and we never surrender. We have to believe that it is possible. Later, we will visit the Emirates again in a vital game as we fight for a Champions League place.

In Spain, there were two ‘Clásicos’ this week. Barça won both of them and as a result go further clear in the league and go through to the final of the cup. In the final, they’ll face Valencia, who are there again after an 11-year absence. A lot of people remind me of when I was there, experiencing that particular dream for myself. It was a terrific cup run, it was unforgettable for all of us that were involved and it stands out in my career. I wish them all the best for the final, Valencia fans deserve moments like these.

I’ll sign off here for today. I hope you all have a great week.