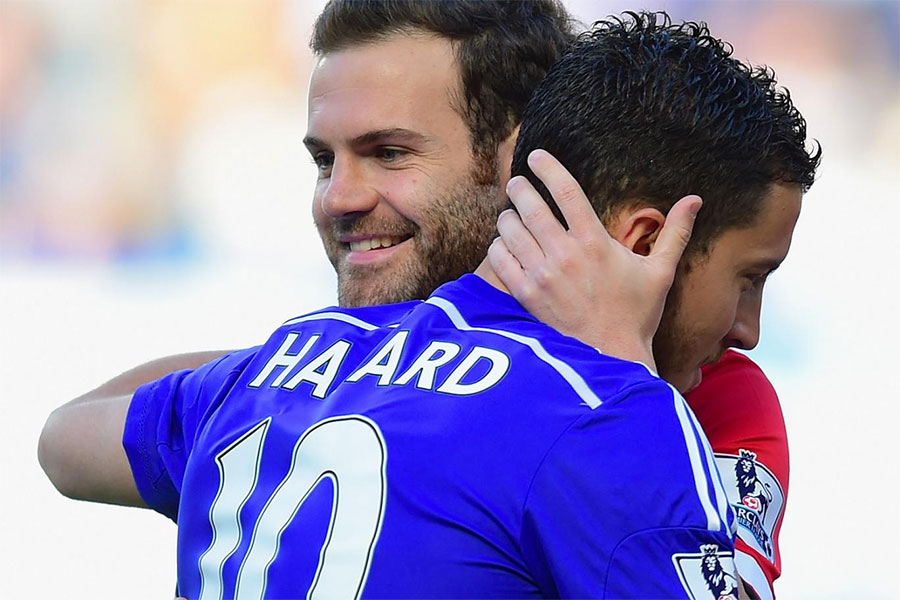 Today, as the title above says, I feel proud. I’m going to tell you why, but as you can imagine this has been a special weekend for me.

When we were leaving Stamford Bridge, to catch the train and go back to Manchester, I had mixed feelings. I was angry about the defeat, I was thrilled after seeing some old friends, but especially I was proud. Mainly for two reasons that I’m going to explain now… I felt proud of the game the team had played, keeping the ball possession, controlling the game and creating chances to score, and all this at Stamford Bridge against the leader… As our manager said after the game, we were loyal to our football idea, and despite the score didn’t show that, if we keep playing like this there will be many more wins than defeats, I’m pretty sure of that. Besides, the team showed personality by playing that way against such a tough opponent, who gave no space in their half of the pitch and defended with so many players. Obviously, we also made some mistakes we have to learn from in the future. But overall that was my feeling about the game we had played: pride.

The other reason, as you can imagine, is about the reception I was given from the Chelsea fans. It was really moving to feel the people’s respect and affection, and I will always be grateful for that… To them and also to the players. I thank them for such affection and I congratulate them for the title they are about to win, because it’s almost done… It was nice to meet them and chat with them after the game, and also the club’s staff, doctors, physios, etc., and feel their respect and friendship. Thanks to all and congratulations.

We know we have five finals ahead and we will try to win each of them to get to our goal. The first one is away against Everton, not an easy stadium. The last time we played against them we struggled a lot to win, but we will try to get the three points again.

On Saturday, since we were playing, I missed the main games in la Liga. The first three teams won. That includes Barcelona, who faced Valencia, a side that gave a lot of trouble to Barça in their previous game between the two and had won at the Camp Nou last season. Barcelona won three vital points to remain in the top spot because Real Madrid keep close behind despite the injuries of Bale and Modric, who may miss the next few games. By the way, I want to send a message of support to my team-mate in the Spanish national team David Silva after his worrying injury, when he was given oxygen and left the pitch on a stretcher. I hope he is fine and back to the football pitch as soon as possible. I think his cheekbone is not broken, so it all seems to be a contusion and a big scare.

I finished my Sunday watching some motor highlights, like Hamilton’s great win in Formula 1. Sadly, none of the Spanish drivers got points. In the motorcycling Grand Prix it happened the opposite way: the Spaniards were fantastic, as always, and Valentino Rossi celebrated his victory wearing a Maradona shirt on the podium. I’ve always thought this Italian guy is a genius…

PS: Below this text you will find a ‘button’ allowing you to donate money to the Asociación ELA (ALS Association) of Asturias. It’s a non-profit organization that helps people diagnosed with amyotrophic lateral sclerosis, and their families. They will use the money to buy electric wheelchairs that will enhance the quality of life of those who suffer this damn disease. Thank you very much in advance!