In good form before the derby 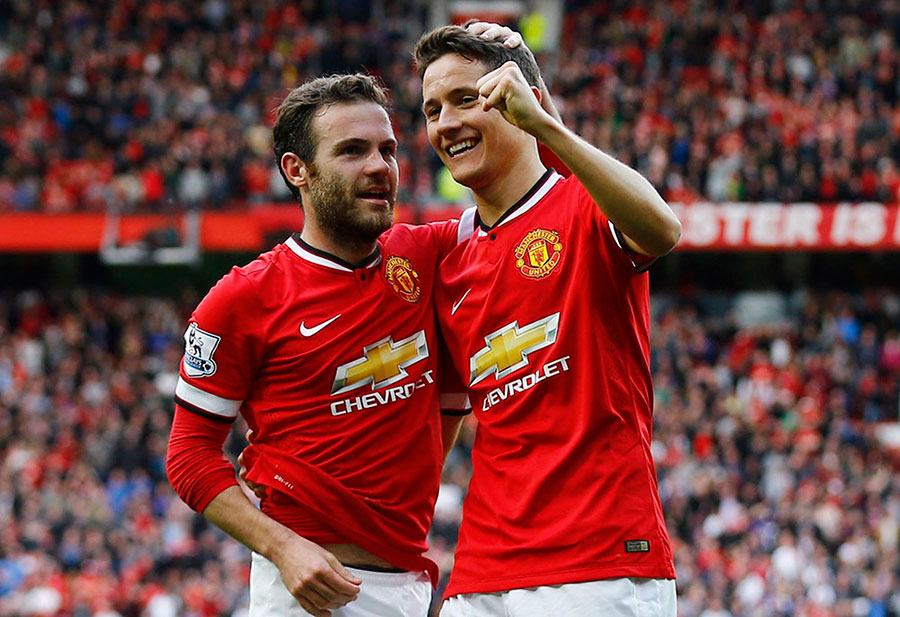 06 Apr In good form before the derby

I’m writing to you after a weekend full of good feelings. As you know, the Premier League, and all the European leagues, resumed after the international break and I was eager to play again after the good vibes we had in Anfield. It was on Saturday, and it was a great day in Old Trafford. The team performed at a very high level, we fought from the very first minute to win the game and we were able to score in decisive moments to make things difficult for Aston Villa. We tried to use both wings and circulate the ball fast, and actually that’s how we scored. Three great goals I’d say. Wayne’s goal was spectacular, really nice to watch; not many players can score a goal like that. And two more goals from Ander. I think this is the first time he scores twice in a game and I’m very happy for him! The truth is he deserves it. He is a genius on and off the pitch and I know how happy he was after the game. The team is improving, this is our fifth consecutive win in the Premiership and we want to keep this streak. Winning the derby against City the next Sunday could be very important for the battle in the #top4. A derby is always special and we must be careful with City’s attacking players, because they can win the game in an isolated play.

In Spain things are also very exciting in the top four. First it came Atletico’s win, followed by Real Madrid’s 9-1 with five goals from Cristiano Ronaldo. Valencia drew against a good Villarreal and lastly Barcelona beat Celta with a goal from Mathieu, my former team-mate in Valencia. Starting on Tuesday we have a new week in la Liga’s calendar with good games on schedule, so things will remain very exciting both on top and bottom of the table.

When I went back home from Old Trafford I could watch some football on TV. I want to highlight the names of Thiago Alcantara, superb footballer and friend, who is back to a football pitch after a long and tricky injury, and David Barral for his hat-trick with Levante. I also wish Iker Muniain a speedy recovery, I hope his injury is not as serious as it seemed. Cheer up, crack! Of course, talking about great moments of the weekend, Charlie Adam’s goal was incredible. It’s so difficult to score from that far, even more to a goalkeeper like Courtois. It reminded me of Rooney’s goal at West Ham last season, or another one from Beckham a few years ago against Wimbledon. What is your favourite goal from long range?

Lastly, I hope you have had a happy Easter. My birthday is coming and I have a surprise for you!

PS: I would like to send all my support to the colleagues in Fenerbahce for the atrocity they have been through. It is unbelievable that such things can happen in the world, and in sports…