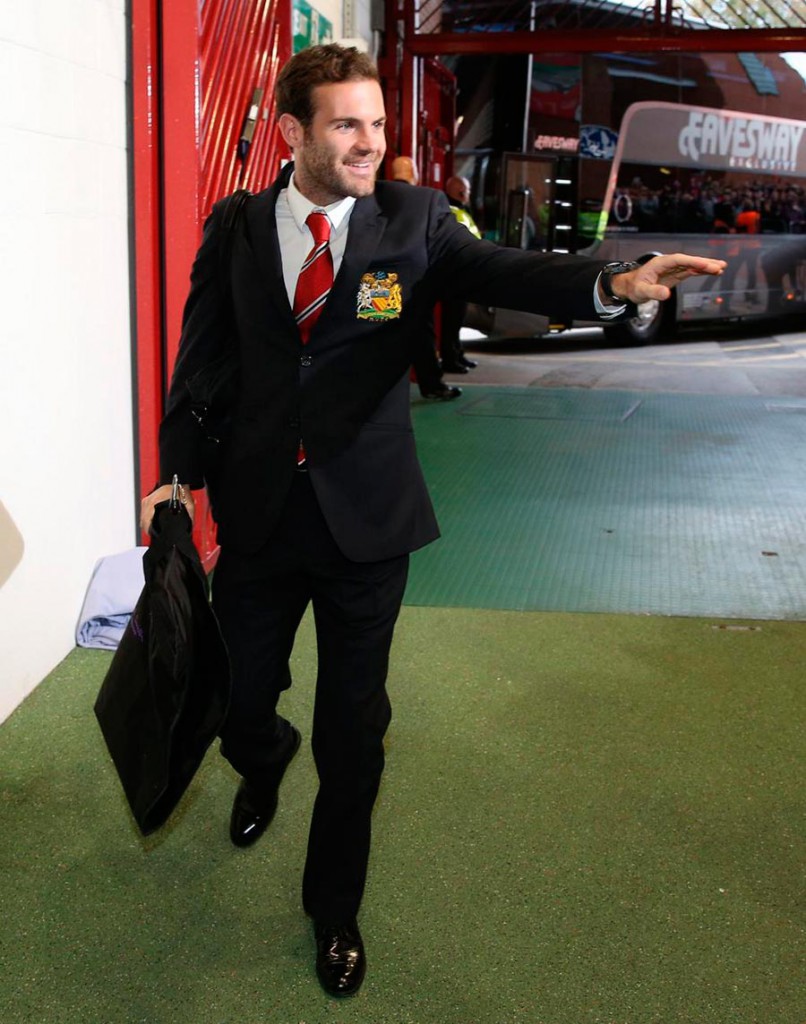 It was a special game

As you can imagine, this has been a very intense day for me. A Sunday full of emotions because of the big game against Chelsea. Facing them for the first time was special and the match, very even in my opinion, was tense until the last minute. I think we did a good first half, but we weren’t able to take our chances. In the second half, after Drogba’s goal they took control of the game for some time but in the last stage we pushed hard and managed to equalise. The truth is I felt very comfortable on the pitch, and it was nice to meet again friends and former team-mates after all these months. In the end, when you are on the pitch you concentrate on doing your job to help your team, and you must be absolutely focused on that.

As always, the atmosphere in Old Trafford was spectacular. Your support this season is vital.

It’s worth mentioning the Chelsea fans in Old Trafford; their affection comforts me and, as I have said so many times, I will always feel grateful to them and to the club. I feel there is mutual respect and this is very important for me in all aspects of life.

In short, a point that wasn’t much at half time was celebrated and deserved at the end of the game, although is not good enough to remain on the top of the table. However, I’m sure that we will get better and better and we will climb to the main spots, where United deserves to be. My aim is to work day after day in order to help the team get to its goals.

Another big game awaits us the next weekend, this time against our Manchester rivals.

On Saturday I watched the Clásico with several team-mates. The first half was very even, although Barça could have scored more than one goal. In the second half, Real Madrid made the most of their potential and cancelled Barça’s style. La Liga gets closer now and that’s good for the fans.

Atlético, Sevilla and Valencia look strong, and that increases the number of top level teams in the championship. Even if this is something you can expect, having so many teams standing so close on the top of the table is definitely big news.

Lastly, I would like to congratulate my compatriot Vero Boquete for her nomination to the Fifa Ballon d’Or. This is the first time that a Spanish footballer is on the final shortlist for the Women’s World Player of the Year and somehow I see it as a recognition to the womens sport in Spain, which is achieving big results despite not always having the best resources.

Thank you very much for your support. Have a great week!

See you next Monday. Hugs,