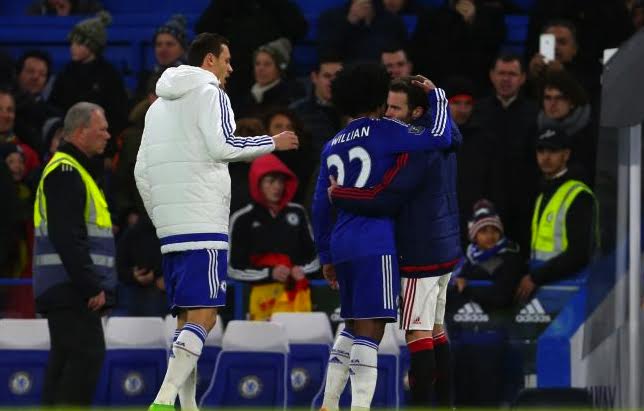 It wasn’t any given Sunday

Today, unlike the movie, it wasn’t any given Sunday… It’s been a special Sunday. As you know we have played in London against Chelsea and we got a 1-1 draw. I had the feeling, at least on the pitch, that it was an attractive game for the fans, and if we didn’t see more goals was thanks to the superb performance from both goalkeepers… But I want to highlight the team’s image. From the first minute we went for the victory and played good football, but unfortunately we let slip two points in the last few moments. It’s a pity, it would have been a very important step in this second half of the Premiership, but Chelsea pushed hard (as expected) to at least tie the game and they finally scored their goal. We are improving our game lately, and I’m sure this is the way to get a series of good results in the next few weeks.

The team is playing with more determination and confidence, and we want to keep it this way. Click To Tweet

But let’s go back to the beginning… It’s always special for me to play in Stamford Bridge. My feelings are different in a day like this, but once the referee blows the whistle for the kick-off, in my mind the only goal is to win, to give everything you have to help the team and to enjoy on the pitch… I have to say that I’m deeply grateful for the reception from the Chelsea fans and their applause when I was substituted. Moments like these ennoble football and it’s something you keep in your memory forever.

I don’t want to forget about Kurt Zouma’s injury, I was very close to him when it happened. He left the pitch on a stretcher and screaming in pain and I hope it’s not a very serious injury and he can be back on the pitch as soon as possible…

In short, it’s been a very emotional day for me, for many reasons: for the game itself, because we were so close to the victory but we couldn’t win at the end, for meeting friends and former team-mates, for the ‘Man of the Match’ award… It’s been a day to feel privileged to enjoy this sport.

Meanwhile, still talking about football, in Spain the top-three teams won (Barcelona, Atlético and Real Madrid) so there’s no change in the fight for the title. I would like to highlight Fernando’s 100th goal for Atlético. I know how excited you are about it and I’m really happy that you have reached such an incredible figure with your beloved team. Congratulations, Fer!
It’s time to sign off, but before that I would like to wish a Happy New Year to the people who follow me from China, or who come from that big Asian country with such a fascinating culture: Happy Year of the Monkey!

Have a nice week and thank you for your support. Hugs!