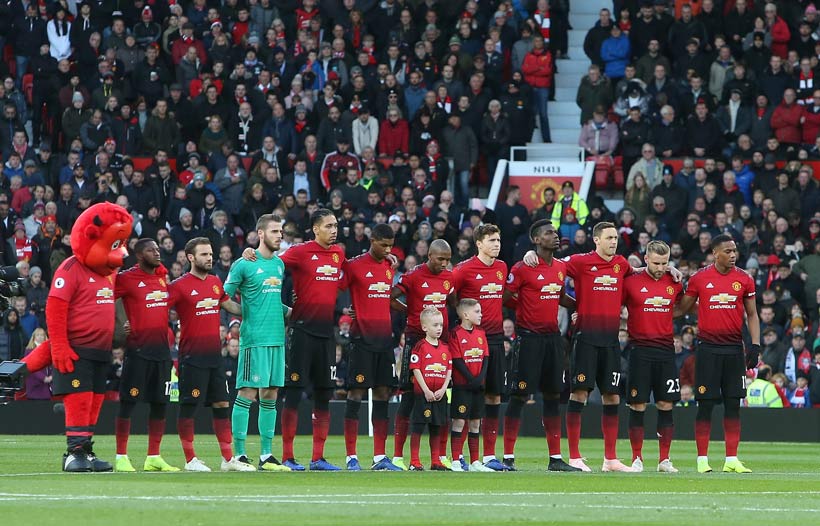 My thoughts and condolences go out to Leicester and Valencia

I am writing to you today with the win against Everton still fresh in my mind. Three hard-earned points, which I think were well deserved against a good team that pushed us until the end. It is a victory that comes at a good time and gives us a confidence boost heading into some important fixtures that lie ahead in November.

The game was competitive and both teams had their chances, but we felt that we had spells where we were on top and had chances. I enjoyed being out there on the pitch and the most important thing was that we left feeling positive. Now we can focus on what is to come.

We will play five games next month, with the next three all away from home. We will keep the great support we’ve been receiving in mind as we prepare for three tough games on the road, starting with Saturday against Bournemouth. Afterwards there will be time to think about Juventus and Manchester City.

Everyone at #MUFC is deeply saddened to learn that the Leicester City chairman and four fellow passengers have lost their lives following last night’s tragic incident. Our deepest condolences are with their families, friends and those connected to the club.

I don’t want to overlook the tragic events that occurred yesterday in Leicester. I’d like to send my care and support to the families of the victims, with Leicester City’s owner among them. It is a massive blow for everyone who is a part of the Premier League. I send my best wishes to everyone at the club, we feel your pain and we are with you.

To round things off, I want to give my thanks to everyone who waits for a long time after games finish for a photo, an autograph or simply to speak to us. You wait regardless of how cold it may be, just like you did this Sunday. You’re a key part of our support. Thank you.

Hugs, and I hope you all have a great week.

P.S.: Sadly, I would like to also send my condolences to the family and friends of Paco Rius, the president of the Valencia supporters’ group that bear my name. I received news that he has passed away, which was truly painful to hear. He was a huge Valencia fan and above all a great person who helped and supported me a lot from my very first moments at the club, just like the rest of the group. For that I will always be grateful. A big hug to everyone involved. Although I can’t be with you in person, I’m there in your hearts. Rest in peace, Paco. Thank you for everything.