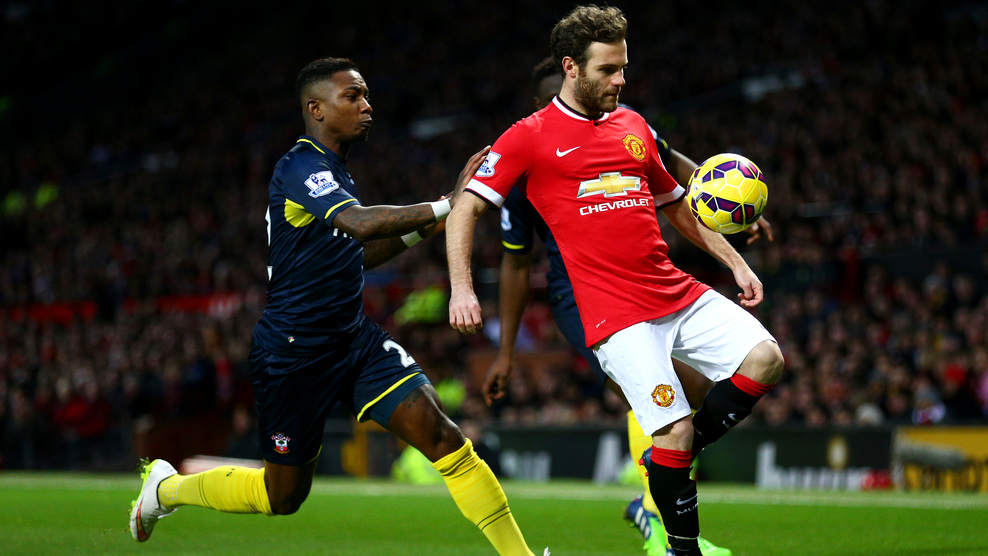 Next time the ball will go in

Believe me, it’s not easy for me to write here today, right after this Sunday’s defeat, but I want to remain loyal to this weekly meeting with you. A defeat is part of football and it’s very important that you to take it, understand it and use it to improve.

To be honest, I don’t think we deserved to lose against Southampton. It was not the best game to watch. They were well positioned and defended very well, so creating chances was difficult. And yet we were in control of the game. The first half was not very good; the game was quite slow, too tactical. But we kept the ball most of the time, trying to find spaces towards the goal.

They scored after the break in one of the few chances they had, after a ball that rebounded on the post, and then we tried everything to tie the game. I think we deserved that goal.

In the last 20 minutes we had chances. I had three myself, but yesterday it seemed the ball just didn’t want to go in. It would’ve been very important to make some of them because I believe we could have even won. I tried every possible way until the end, but we just couldn’t make it. Next time it will be a different story, I’m sure.

Anyway, what matters now is to win our next game, regardless of who scores. We visit QPR and it’s going to be a tough one. They are in need of points and we know we must go back to a good streak of wins.

When I got back home from Old Trafford I didn’t feel like watching football, but I decided to watch Barcelona vs Atlético because it’s always one of the most spectacular games in la Liga. I wasn’t surprised by Barça’s win because, despite everything that has been said recently, they have an amazing squad. When you have so many top players there is nothing impossible, like scoring three goals against Atlético, which is very complicated. Meanwhile, Real Madrid got back to the right track with a win over Espanyol, so it seems the end of the season will be thrilling, as it was last year.

Aside from football, I have to congratulate Pau Gasol for his recent performance with the Chicago Bulls: 46 points and 18 rebounds. That’s one of the best records in the NBA in recent times. You are great, Pau!

Once again, thank you for your support. Today we are disappointed because of the defeat, but you can rest assured that the team will keep fighting in every game until the end to achieve our goals.